A significant portion of Wonderstruck is the portrait of a deaf girl in 1927, and as such has no dialogue. In these areas the music plays a role similar to the one it played in the age of silent film, but of course the aesthetics are different now. For one thing, Wonderstruck cuts between this story taking place in 1927, and a parallel story taking place in 1977 (complete with dialogue and sound effects). For another, film music of the 1920s often informed the audience about the twists and turns of the story - Love! Danger! Evil! - Wonderstruck withholds a lot of information from the audience. So while hopefully illuminating the inner lives of the characters, the score avoids conveying too much story. It also eschews sentimentality and melodrama, hallmarks of the silent era.

To be specific but not over-informative, what can it say? It’s trying, always, to put us in the minds of the kids. Although both the main characters are deaf 12-year-olds who’ve lost parents, they don’t respond to loss with grief or acceptance. They respond by taking action, always searching. They each follow a trail of breadcrumbs that takes them into worlds of wonder. These two themes - loss and wonder - are touched on repeatedly in the score. 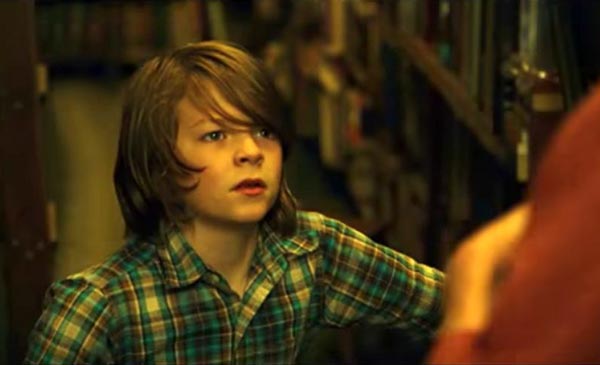 While I didn’t plan on using different instruments for the two characters, Rose living in 1927 and Ben living in 1977, it did turn out that way. Ben’s mother plays David Bowie’s “Space Oddity” for him; he wanders through Times Square in the 70s. All of this suggested electric guitar, bass and synthesizer.

Rose inhabits a world where music is acoustic. If she hasn’t “heard” orchestral music, she has probably been around it and felt it. Something in her methodical, focused, positive demeanor suggested percussion. And that suggested Carl Orff’s Schulwerk, his musical education system, which in practice often uses tuned percussion like glockenspiel and marimba, building off simple musical structures like ostinati, so that students can improvise and explore. To me, this was Rose.

When we spotted the film (the process of planning the score with the director), I mentioned that there was a brilliant percussionist in London (where we were planning to record) who was deaf. I didn’t know if Evelyn Glennie would be interested in the project, but happily she said she’d read the book and would like to do it. And when Brian Selznick heard that Evelyn was going to play, he came to London to watch the recordings.

I had written marimba parts that were playable but a bit complicated, and she made them sing, dancing while she played. No wonder she is Dame Evelyn Glennie. The players were wonderful all around - all of them people I’ve worked with for years in London.

Also during the spotting session I suggested the Langley School version of “Space Oddity” for the end titles. These recordings were introduced to me by Spike Jonze when we were working on Where The Wild Things Are. They were originally recorded in a school gym around 1977 by a music teacher in Langley, British Columbia, and have a sense of naive wonder to them. I’m so glad this recording made it into the film. 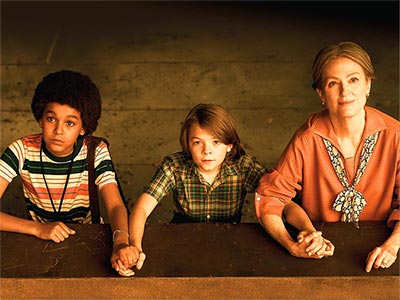 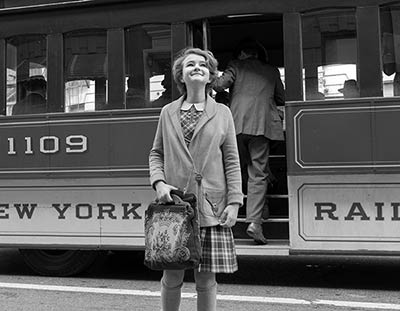 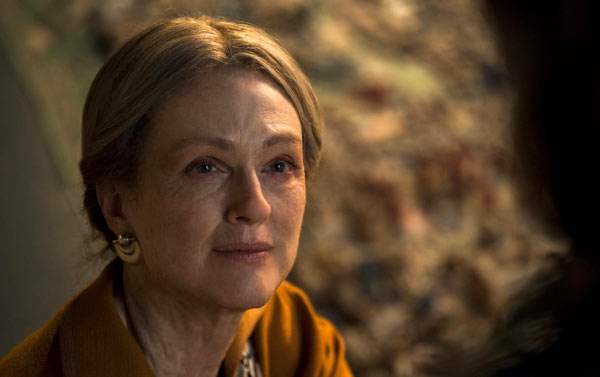 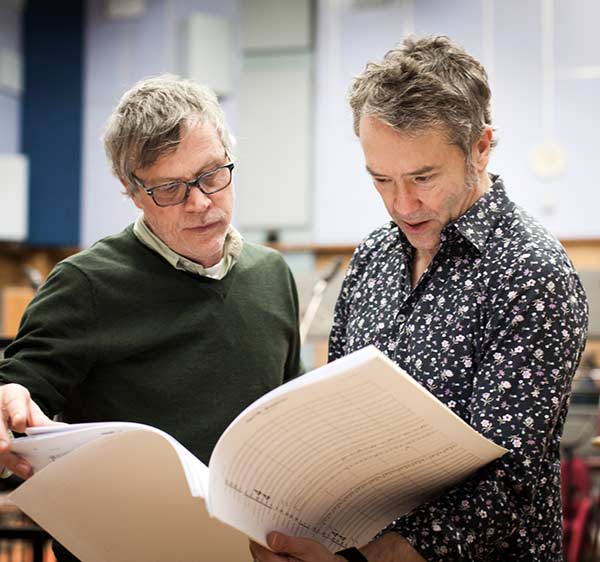 (From the liner notes to the soundtrack)

It’s been said that the best film scores are the ones you don’t notice are there. But in Wonderstruck the act of hearing is never something we take for granted. Carter Burwell’s ravishing score is in many ways what allows a hearing audience to embody the perceptions of the film’s two deaf characters, Rose and Ben, as we trace their rhyming journeys through New York City, fifty years apart. It’s music that makes you see, music that small and feel buzzing through your toes, that can tremble like a fog of mystery or come leaping into triumphant flight.

Unlike most films, Carter and I were discussing the music from the very start - long before shooting began. Music was a central character in the first draft of Brian Selznick’s script and a precondition for my editor, Affonso Goncalves, in putting together the first black-and-white shots in the “silent” portion of the film. So long before Carter began composing we knew that music would need to be the spine of the film, facilitating the conversation between the stories while providing access to the unique inner lives of its characters. The question was how this much music - more than most dramatic films - could fulfill so diverse an agenda while remaining fresh and surprising, enriching one’s experience without overcrowding it. Clearly it would take a composer of unique talent and sensitivity to figure that out.

The result is a score that is both richly melodic and profoundly ambient. With graceful dexterity Carter’s music interlaces the stories, allowing references to the orchestral traditions of silent cinema to intermingle with the sonic landscapes of 70’s counter-pop experimentation. In one stroke arpeggio harps, piano and reeds are propelling Rose’s drive from swooning dreamer to runaway, and in the next an eerie fog will rise, accompanying Ben’s first steps into a newly silent world. Or listen as a lilting rag piano, familiar to both eras, or infectious layers of percussion, each evoke the innocent fortitude - and playfulness - of childhood. This upfront and inventive use of percussion was something Carter had imagined from the start. You can hear the interpretive freedom he gave certain percussionists with their magic kits of sound, or his foregrounding of legendary soloists like Dame Evelyn Glennie, the world-renowned Scottish percussionist, whose own deafness from the age of 12 has challenged assumed preconditions for musical virtuosity.

The soundtrack of Wonderstruck is itself a journey, which takes us back to times in our history bursting with life and with change, through the eyes of two young people in the process of rewriting their lives. It’s music that allows us to walk in their shoes and imagine the world through their own unique perspectives - even as it invites us to ponder experience and perceptions beyond our reach.

The score is available from Lakeshore Records. For demo purposes, here are some excerpts: 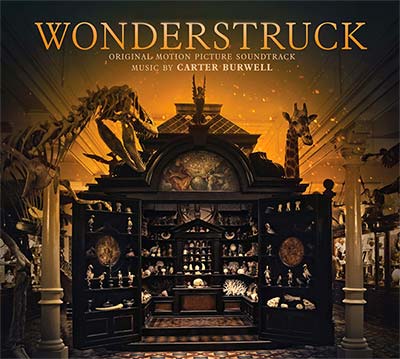 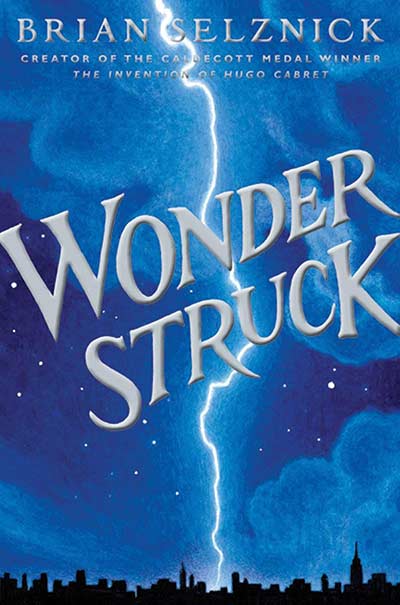 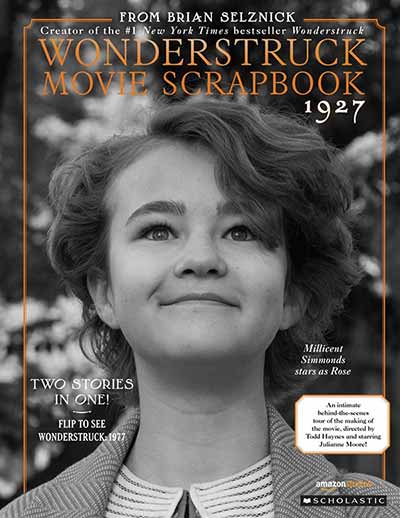 The musicians who performed the score include: 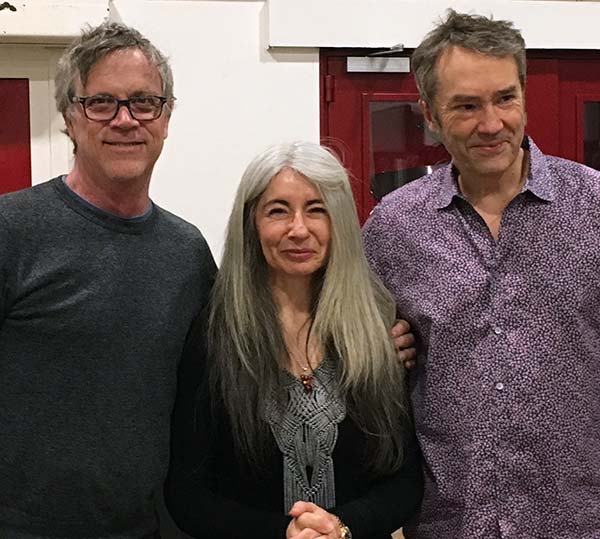 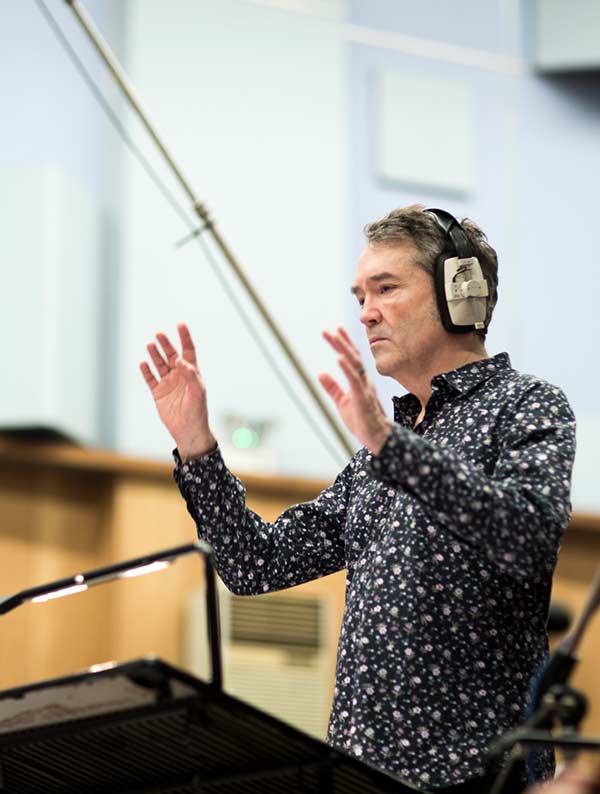 "But here’s what is great about the movie: Carter Burwell’s utterly captivating, wholly necessary score. It’s the true star of Wonderstruck, a strange and varied piece of work, swells of orchestral strings giving way to electric guitar, alternately soaring and lilting. Haynes heavily, and smartly, relies on the music to take us to grand emotional places, and the film is at its best when it lets itself be swept up in the majesty and mystery of Burwell’s compositions. These are the moments when one sincerely feels struck by an enveloping wonder—how marvelous, that light and sound can still transport us so—before the film grows sticky and dismayingly uninspiring once more. It’s perhaps a cruel irony that a movie about deafness is most ennobled by what we hear...." - Richard Lawson, Vanity Fair, May 18, 2017.

"Haynes has always been a ravishing visual storyteller, and his seventh feature is as seductively crafted as anything he’s made, with exquisite contributions from invaluable frequent collaborators including cinematographer Ed Lachman, production designer Mark Friedberg and costumer Sandy Powell. Perhaps even more notable here is the work of composer Carter Burwell, who has created distinct musical moods for the narrative’s parallel threads, following the adventures of two runaway deaf kids 50 years apart, with the sounds subtly folded together as their stories intersect....” - David Rooney, Hollywood Reporter, May 18, 2017.

"The result is as much musical as it is cinematic. Indeed, for lengthy stretches, Wonderstruck plays like a city symphony; the kids’ silent movements are accompanied by Carter Burwell’s dominant score, bouncing from elegant orchestrations to funk fuzz to melodic drones." - Bilge Ebiri, Village Voice, Oct 18. 2017.

"Much of the film unfolds as a cross-century duet, leaping back and forth through the years, to the tune of another unforgettably aching Carter Burwell score and through the lens of fellow Carol alum Edward Lachman, who knows how to capture the grit and grandeur of the city that never sleeps. Judged just on craftsmanship, Wonderstruck earns its title." - A. A. Dowd, AV Club, Oct 17, 2017.

"The entire 1927 portion of Wonderstruck is presented as a black-and-white silent film, buoyed by a magnificent score by composer Carter Burwell." - Joe McGovern, Entertainment Weekly, Oct. 18, 2017.

"The black-and-white story of young Rose is magnificent: Simmonds is a cherubic-faced gem, and she brilliantly captures the kid awe of witnessing a big-city landscape, a far cry from Hoboken. Haynes plays it very much like the movies Rose loves, with Carter Burwell’s excellent score adding grandiosity and complementing Simmonds' voiceless performance. When Rose’s dad yells at her, the angry orchestral blast is just as blistering for the viewer as spoken words." - Brian Truitt, USA Today, Oct 17, 2017.

"But if there is one MVP in the Wonderstruck creative team, it’s composer Carter Burwell. Already an accomplished film veteran, Burwell has created a score for the ages here, one that moves through all of the film’s multiple sequences and time periods with graceful fluidity. The film’s silent sequences are reliant on the crucial work of Burwell, and fortunately for everyone involved, he’s met those challenges with his best score to date." - Alex Welch, IGN Movies, Oct 17, 2017. 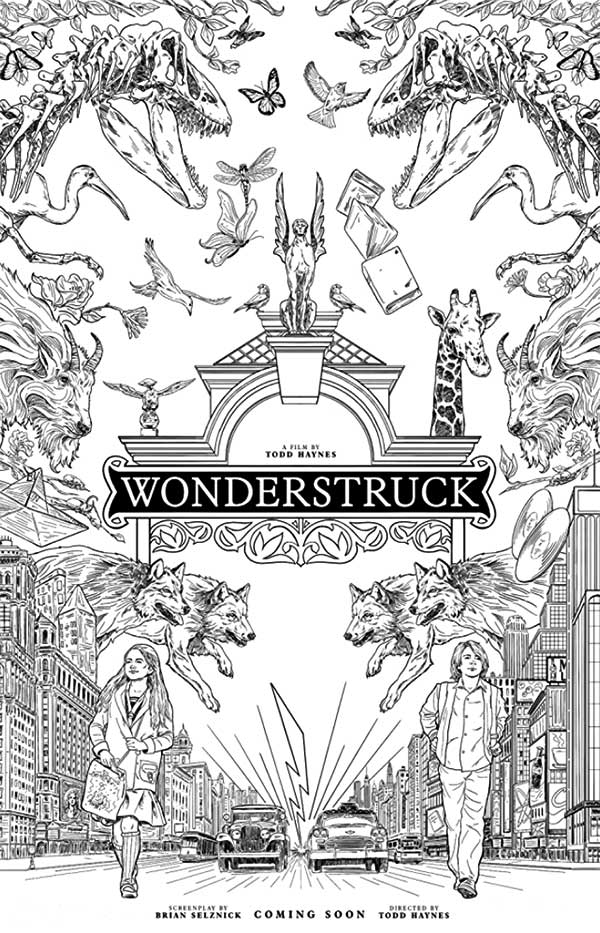