The Good Liar was, for me, a difficult combination of con artist thriller and perverse romance, and I struggled to find the right tone.

One of my first questions for Bill Condon, after reading the script, was whether the music should be "conning" the audience, just as the characters con each other. Bill didn't think that was the right way to look at it, but we put the question on hold while he went off to shoot.

Once I'd seen the chemsitry between the two lead actors, I thought the most interesting angle was to suggest an actual romance between them. I won't give away the twists of the story here, but suffice it to say this would be an uncomfortable and perverse approach, which is why I liked it.

Ultimately Bill felt we should give the audience permission to enjoy the lying and the twisted plot - invite them in so that rather than misleading them, we make them co-conspirators in the proceedings. Bill and I enjoy referencing film history, and you might say that this approach is similar to Hitchcock. In Vertigo, for instance, you watch the characters go down a road fated to end badly, but from which you (and the characters) can't turn away. In Vertigo the fire of obsession comes from love. In The Good Liar it comes from vengeance.

This approach calls for a fair amount of foreshadowing - so that the audience, without knowing the whole story, knows enough to be drawn in. The "thrill" comes from knowing that something bad is coming. An example is the overture which plays over the opening titles, in which the characters introduce themselves (without dialogue), the music introduces the main themes, and we can see that they're not telling the truth.

With regard to the instrumentation, both Bill and I felt that strings and synthesizer captured the glossy look of modern London as shot by Tobias Schliessler. 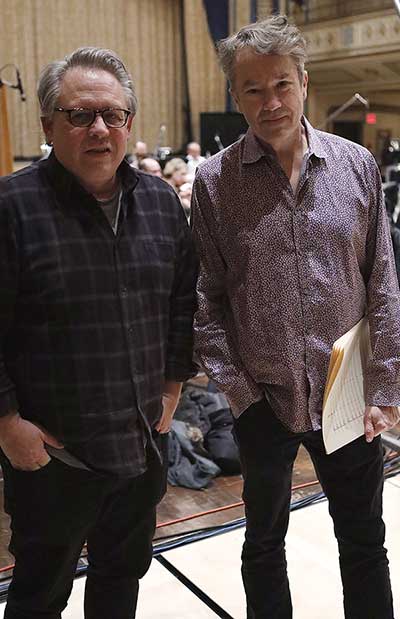 In addition to the narrative feature films that Bill and I do together (this is our seventh), he is well known for his musicals, Chicago, Dreamgirls, Beauty and the Beast. His gift for telling stories with music has brought the Hollywood musical back to life. For me, the upside is that I get to do a lot of storytelling in his films. The downside is that music is sometimes doing more storytelling than I like. This is a constant refrain in our spotting sessions (in whcih we decide where the music should be placed). Bill says "We need music here" and I say "Really?"

That conversation is repeated, with little variation, right through the recording and even the premiere of the film. But I trust Bill.

Recorded at the DiMenna Center and The Manhattan Center, New York
Mixed at The Body, New York

The soundtrack is available from Watertower Records. For demo purposes here are some excerpts: 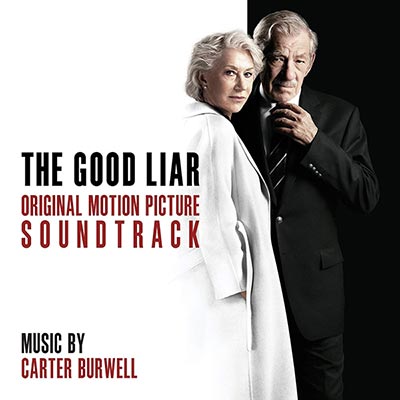 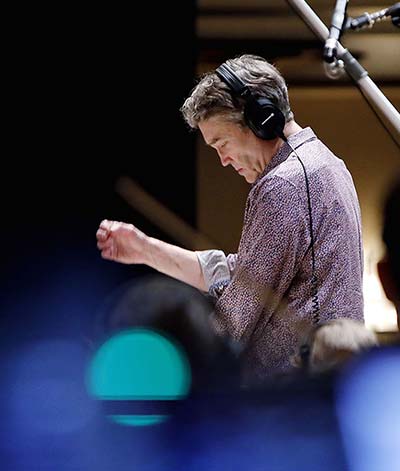 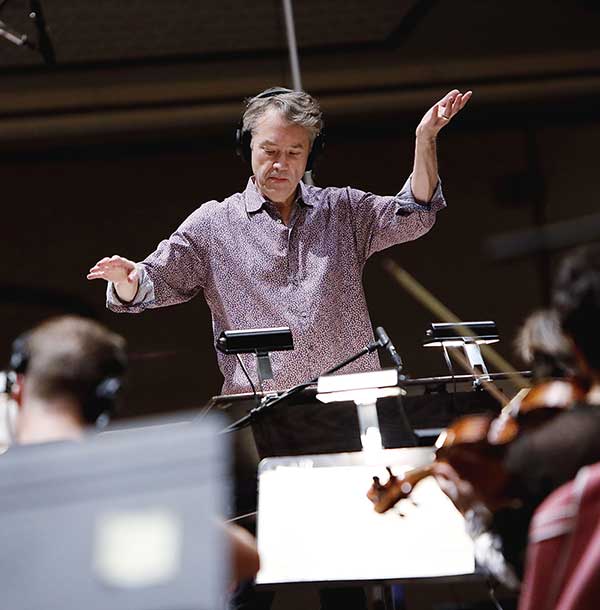 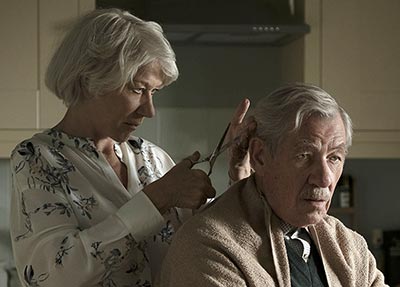 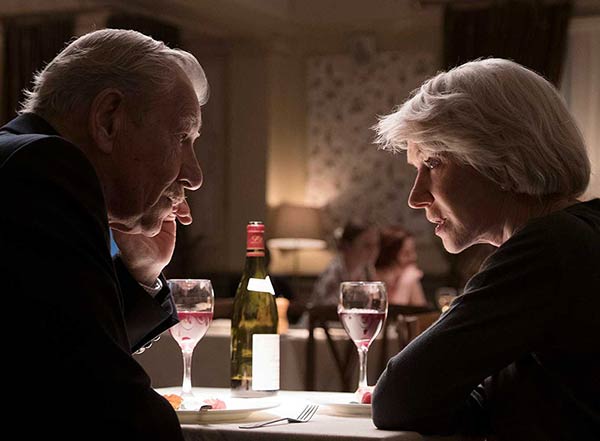 "And while the film is a thriller, Mirren and McKellen are nimble enough to keep things as bouncy as a Noël Coward play... Their invisible co-star is Carter Burwell’s menacing score. The composer doesn’t get talked about as much as his showier peers, but he wrote one of the finest film scores of the decade, for 2015’s 'Carol.' More so than any screen composer today, Burwell understands that music is there to express what cannot be said. And in a web of lies, that’s a lot." - Johnny Oleksinski, New York Post, Nov. 14, 2019.

"It would give too much away to discuss the film’s big reveal, but ... in the meantime, there are a few things to chew on, mainly the stirring score by the great Carter Burwell '(Carol,' 'No Country for Old Men') and the undeniable talents of Mirren and McKellen, who stitch the film together through subtle, skillful glances and gestures. They’re artists at play, clearly enjoying each other’s company." - Jake Coyle, AP, Nov. 13, 2019.

"It could be argued that the entire movie operates on the level of unreality — one in which juicy twists and melodramatic plot points are meant to be savoured, not scrutinised. Carter Burwell’s theatrical score and cinematographer Tobias Schliessler’s occasional flourishes certainly bolster that argument, as do the slightly arch performances, which leave the audience unsure of everyone’s motivations." - Tim Grierson, Screen Daily, Nov. 7, 2019.

"The tone of the performances, and of Carter Burwell’s engaging score, suggests that we’re having fun." - Joe Morgenstern, Wall Stree Journal, Nov. 14, 2019.

"... Mirren grounds one plot twist after another with the gravity of her conviction (and a little help from Carter Burwell’s lilting, uneasy, 'Mr. Holmes'-esque score)." - David Ehrlich, IndieWire, Nov. 7, 2019. 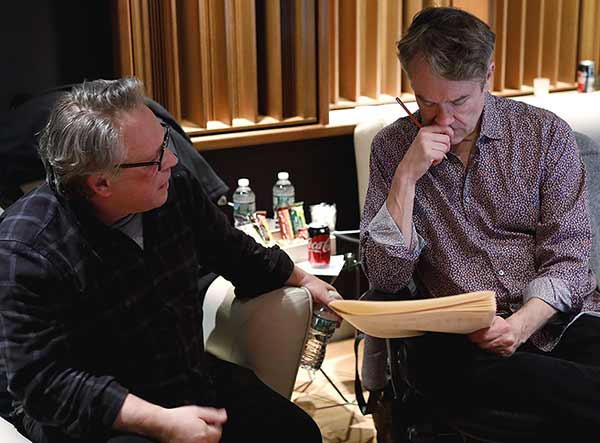 With Bill Condon and Ian McKellen