Screenplay by Jeffrey Hatcher
based on the book A Slight Trick of the Mind by Mitch Cullin
Produced by Anne Carey, Iain Canning, Emile Sherman 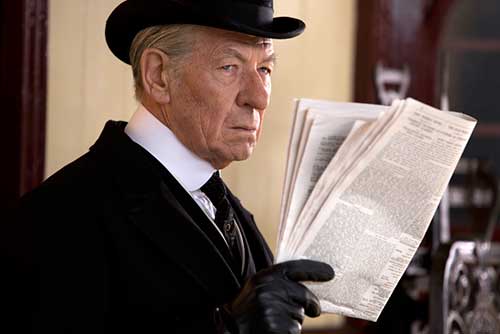 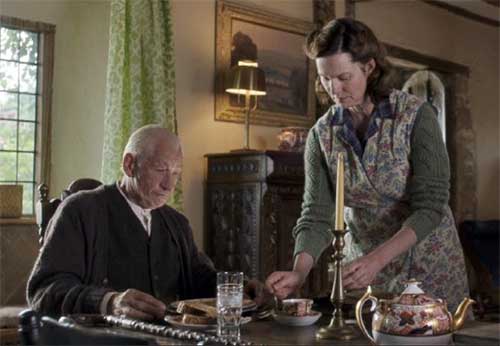 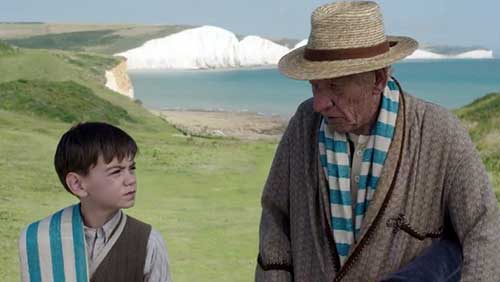 Bill Condon and I first worked together on the film Gods and Monsters, starring Ian McKellen as the aging aesthete James Whale, whose loss of mental faculties causes him to confuse past and present. When Bill sent me the script for Mr. Holmes I must say I felt it addressed such similar material that I was not that interested at first. But ultimately I became interested in the challenge Sherlock Holmes faced not only with old age, but with his role as a fictional character.

Dr. John Watson had written all the Holmes stories, or so Arthur Conan Doyle would have you believe. While Holmes allowed himself to be fictionalized, he never embraced fiction himself because of his utter faith in physical reality and reason.

In this story, Holmes is nearing the end of his life and is determined to write his own Sherlock Holmes story as a cleansing act. One case continues to trouble him and he wants to work it out in prose. But he's constantly frustrated by his difficulty separating fact from figment.

His victory comes when he uses fiction to fill in the unknown or unpalatable parts of his story, becoming the author of his own life. 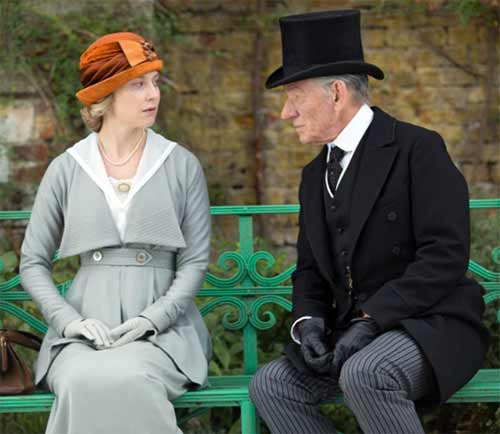 The score treats this journey - from realist to fabulist - as if it were a Sherlock Holmes adventure. Its style is intended to be, like Holmes himself, rooted partly in the 19th and partly in the 20th century. The very first music in the film (unsuprisingly titled "Mr. Holmes") sets the game afoot. Much of the story takes place in Holmes' unquiet mind I wanted to set it strongly in motion from the start. One can see that Bill Condon wanted the same from the dramatic shots of a locomotive rushing through the countryside.

After that the score largely settles into a more reflective mode, but remains restless. Because of his age, Holmes' hope for redemption is dripping away like sand in an hour glass, and the music plays his desperate investigation of the mystery of himself.

The final piece, "The Consolation of Fiction" brings together all the threads of the film and allows him, finally, hopefully, some resolution. 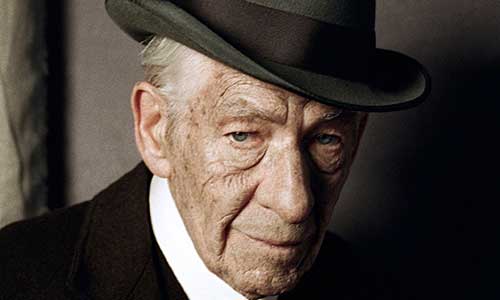 Ian McKellen as Holmes in his 90's

The soundtrack is available from Lakeshore Records. For demo purposes here are some excerpts. 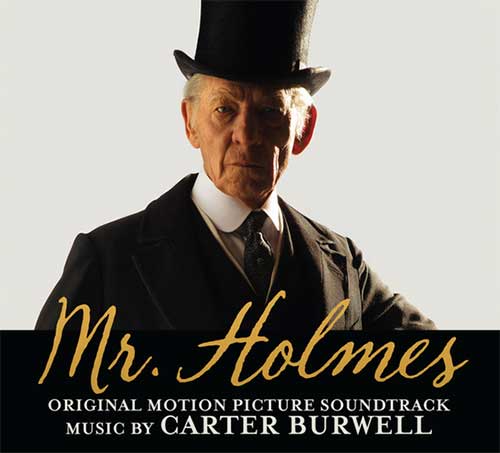 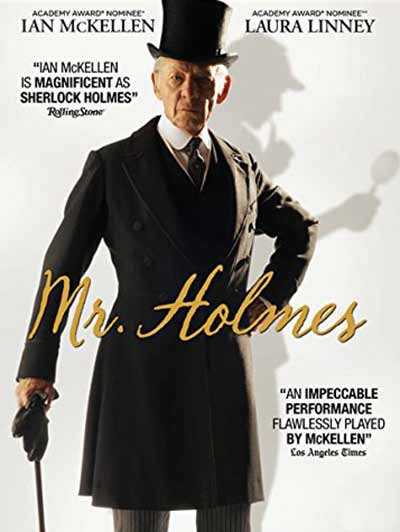 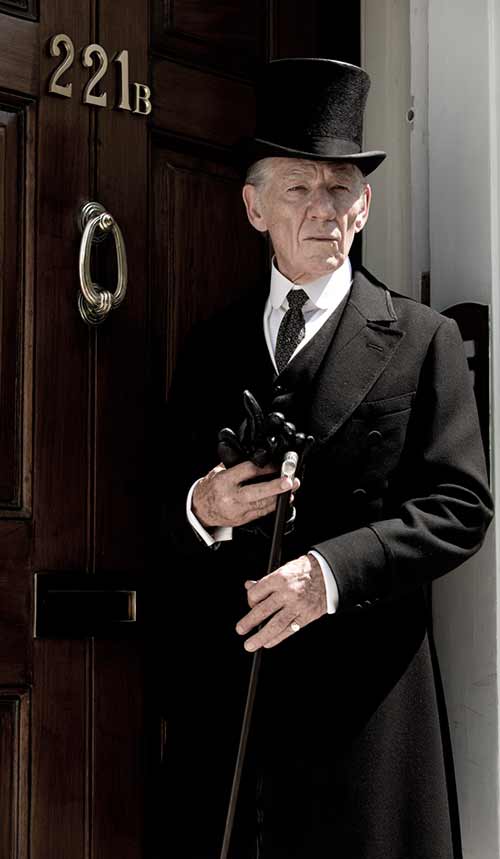 Ian McKellen as Sherlock Holmes in his prime

The score was performed by a string quartet, bass, harp, piano, oboe, clarinet and shakuhachi.

An unusual feature of the process was the absence of the director. During the post-production of the film Bill Condon was busy directing the Broadway musical "Side Show", which opened while we were recording the score to "Mr. Holmes."

This meant that my interaction with Bill was quite limited during the entire process. I think I received a couple of email notes on the compositions I'd sent him, but beyond that we relied on our creative familiarity to get to a final film. We'd made five films before this (Gods and Monsters, Kinsey, Breaking Dawn Parts 1 & 2, The Fifth Estate), and knew each other pretty well.

"…From Tobias A Schliessler’s glowing cinematography to Carter Burwell’s reassuring score and Martin Childs’s handsomely detailed production design, there are few sharp edges here. Instead there’s a sense of playfulness as Holmes wrestles with the artifice of his legend." - Mark Kermode, The Guardian, June 22, 2015. 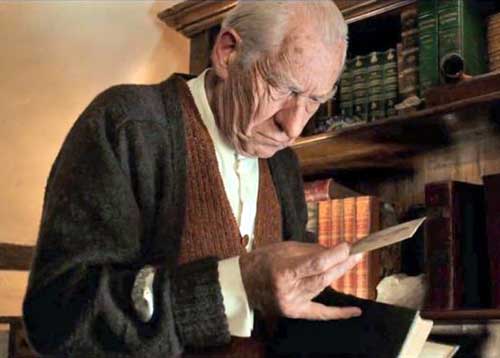