I met Brian Helgeland when I was working on Conspiracy Theory, which he wrote. Composers don't typically interact much with screenwriters, but I loved his screenplay and he was hanging around Dick Donner's office preparing to make his own directorial debut, Payback.

Eventually I composed the score to Brian's next film, A Knight's Tale, which, like Legend, was an English tale, albeit a medieval one.

I knew the Krays as notorious, colorful gangsters from Peter Medak's film of 1990, but Brian had taken a particular angle on the story, as he often does. Narrated by Reg Kray's wife Frances, it is in many ways a tragic love story. A triangle really, between Ron and Reg Kray and Frances.

I felt that London of the 1960s was also a character in the film, glamorously dangerous. For Reg the danger came from competing loyalties to his brother and his wfe, his roots in the East End and his ambitions in the West. This is what I'm trying to play in the opening theme - glamour, love, undertow.

There are also themes for the fun of the gangster life, Reg's love for Frances, and for Ron. I originally viewed Ron as a very dark element in the story. Even his most innocent lines can seem threatening. Brian Helgeland suggested using a warm and gental guitar tune for him and I have to say that it changed my view of Ron.

The film concludes as the Krays' careers did, not with a bang but a whimper, and the track "Your Race Is Run" tries to capture their resignation to this fate. 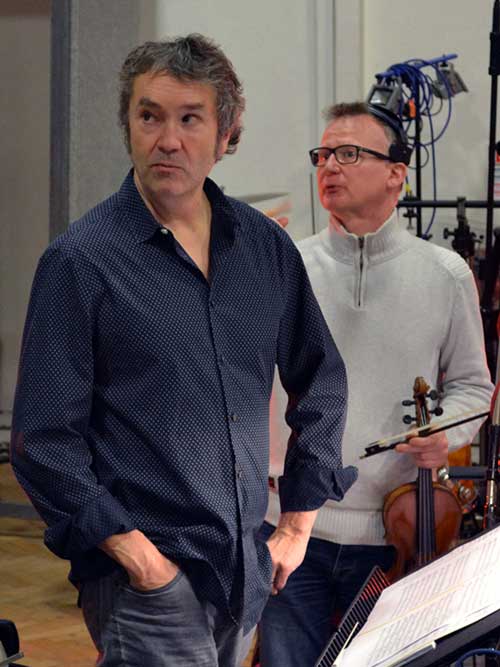 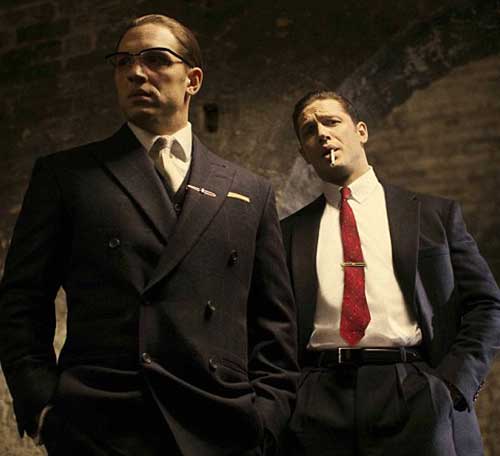 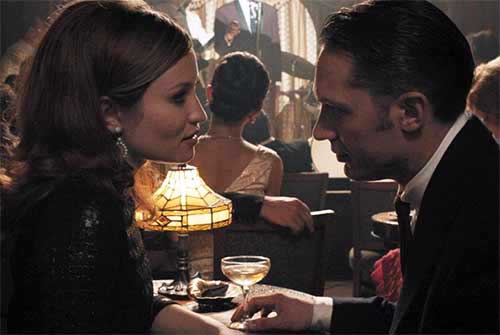 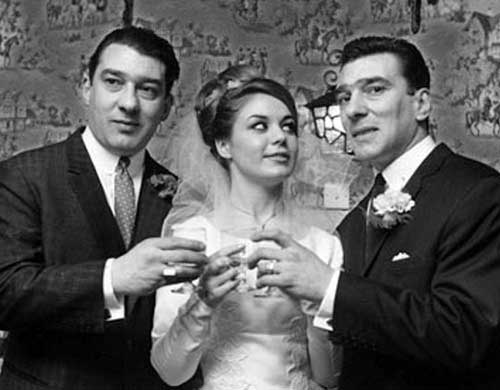 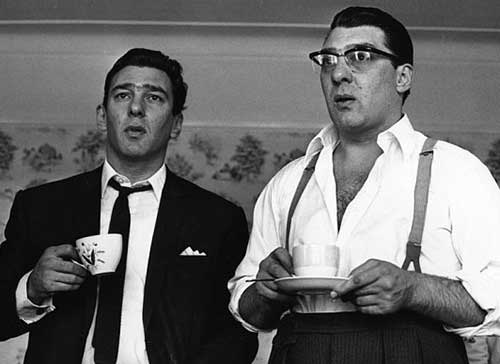 The real Reg and Ron Kray

A two-CD soundtrack album has been released. It is mostly songs, but does contain three tracks from the score. Here are some excerpts from those and other score selections. 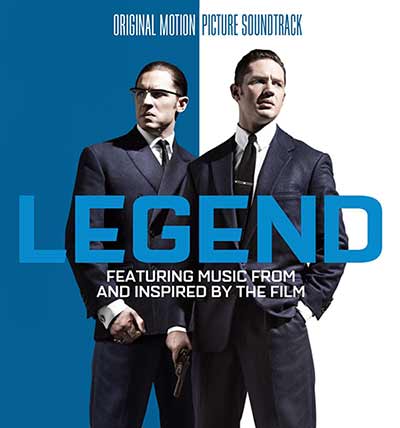 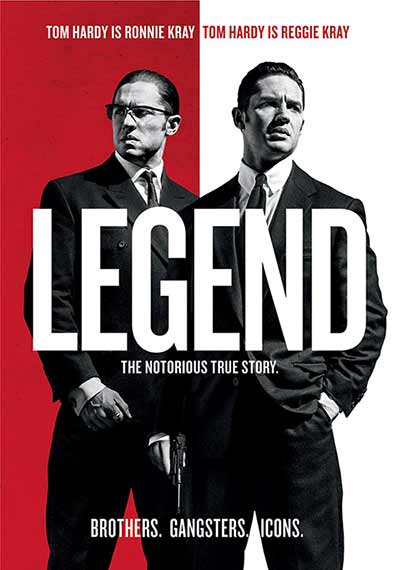 The score was recorded at Abbey Road Studio 2, the studio the Beatles used in the 60's. The room has a very particular sound that seemed quite appropriate for a film taking place in London at that time.

Mike Farrow arranged the room as a set of booths - the drums, the keyboards, the guitars and the trumpet each had their own little house.

The ensemble ranged in size from 4 to 18 players. The featured musicians were:

Other folks important to the production were: 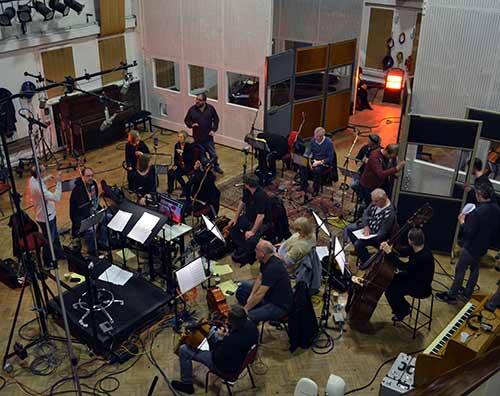 "…If all this lacquered period veneer gives the film a faint air of dress-up — right down to retro-inclined contemporary pop star Duffy turning up as a sultry lounge singer — that’s at least somewhat appropriate to a downfall narrative in which surface prosperity is all too easily stripped away. (Less excusable is a rather literal-minded soundtrack of ’60s jukebox standards that smothers Carter Burwell’s ripe score.)" - Guy Lodge, Variety, Sept. 3, 2015.

"Legend plays fast and loose—often amusingly—with the laddish mythology of the Krays. It imagines them as the American-style gangsters they aspired to be and shows how and why that dream failed. A final noirish shot of Reggie walking along a canal at night, as Carter Burwell’s mournful score kicks in, saves the boys the indignity of a trial but leaves us in no doubt that the party will be over when the sun comes up." - David Calhoun, Time Out, Sept. 3, 2015. 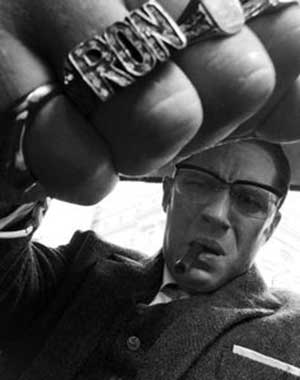 Recording this score in London I found that almost everyone involved had a story about the Krays, from the taxidrivers to the musicians. My contractor Isobel Griffiths told me this one. Her husbend had been business manager to the photographer David Bailey in the 1960's. Bailey took the most famous photo of the Kray twins (see below). Isobel told me she'd alwys thought of her husband as both brave and successful, and both qualities were exemplified by the fact that he successfully billed and collected the photographer's fee from the Krays. 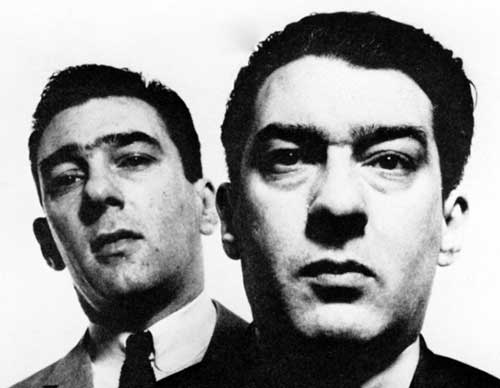