This project began as a short John Payson made for MTV in 1992. After winning awards, the short was developed into a feature by MTV's nascent film division, with backing from David Geffen.

Cockroaches were visually "suggested" in the short, but became on-screen stars of the feature film. Some of the roaches were live (wrangled by Ray Mendez), some were puppets, and some were beautifully animated by Chris Wedge and Blue Sky Studios in their first foray into feature film.

I tried to pump up the scale of everything with the score, to contrast with the smallness of the story, which somehow also involved urinal cakes. In addition to orchestra there were opportunities for many solo colors, including farfisa, quica and bowed saw.

The whole film may not have been as good as the parts, but the parts are unique and memorable. The highlight of my involvement was joining the cockroach chorus on a few numbers. And I love the song "Funky Towel". 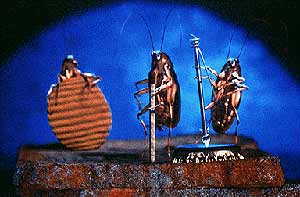 The score to Joe's Apartment was never released separately from the film. Here is a sample track: 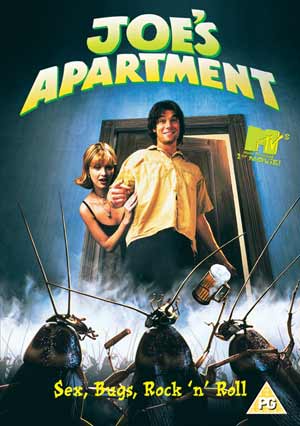