Joel and Ethan Coen had done a rewrite on the script of "Intolerable Cruelty" for producer Brian Grazer with little interest in directing the film.

In 2002 they were working hard to move their version of James Dickey's "To The White Sea" into production, and I was extremely excited about this project. It takes place in Japan during World War II and what little dialogue there is, is in Japanese and not understood by the protagonist, an airman who's been shot down during the firebombing of Tokyo. Even with Brad Pitt starring, it was ulitmately impossible to get the project funded and, having already spent time and money on pre-production, the Coens were very disappointed (as was I). It seems as though it was only a few days after they called me with the sad news that they called back and said they were going to shoot "Intolerable Cruelty". On the rebound, as it were. 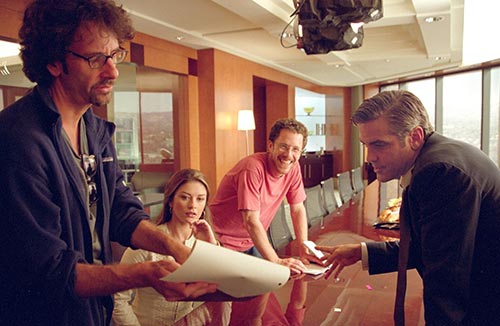 The Coens on set with Catherine Zeta-Jones and George Clooney

The film is the closest thing to a romantic comedy they've made, and this suggested the music might need to be a bit less ironic, less cruel in its humor, than previous scores. I ultimately settled on a Mancini-esque approach, suggestive of light-hearted intrigue. The instrumentation clearly points to an earlier period in film music - 60's jazz-pop to be specific- a pseudo-sophisticated silliness that matches the characters and plot pretty well.

There were a few points during the making of the film that we were reminded that we were in the Hollywood system, despite the fact that we were working, as usual, out of our downtown New York rooms. Brian Grazer was testing the film with recruited audiences in Los Angeles, and became concerned that some audience members were almost halfway through the film before they realized it was a comedy. I don't recall if they were using my synth sketches in these screenings - they may have been - but a clear message came back from Grazer that the opening of the film - after the Simon and Garfunkel song that plays under the credits - must invite laughter! The piece of music I had originally written for Geoffrey Rush's discovery of his wife's infidelity played the scene pretty straight because I thought Rush's performance was already pretty broad, but Grazer was insistent that no one miss the comedy. I took one of the themes from later in the film where it had settled into its comedic voice, and put it in the first scene, and he was happy.

As an audience member, I enjoy that uncertainty about how I'm supposed to respond to a film, and, observing the Golden Rule, I try to provide other audience members with this experience, but clearly there are people who don't enjoy that little discomfort - especially in comedy. For myself, the best comedy is about our uncertainty about the line between comedy and whatever else there is. 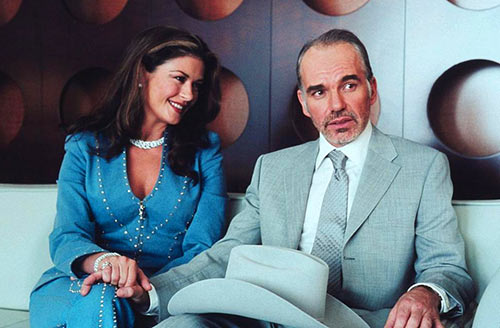 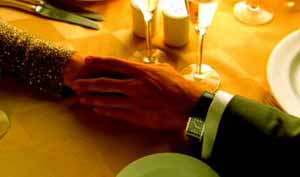 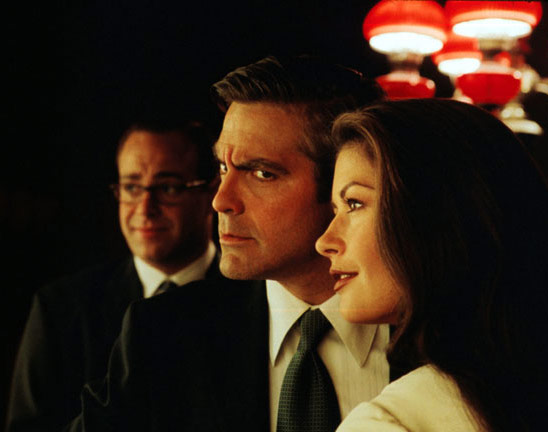 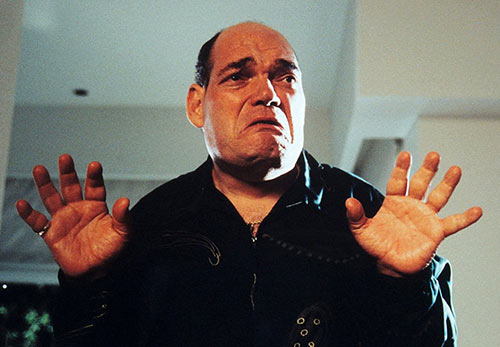 Here are excerpts from the score, which is available from Amazon. 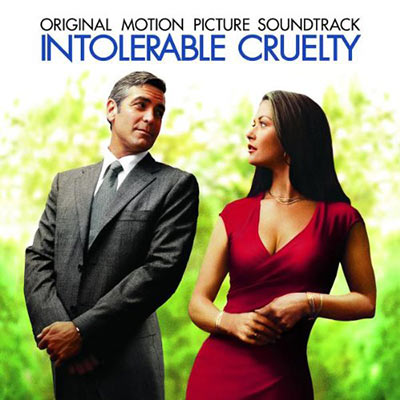 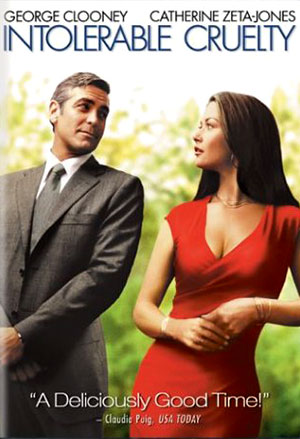 The score was orchestrated by Sonny Kompanek and Carter Burwell, and conducted by Carter Burwell. The contractor was Sandy Park, the copyist was Tony Finno, the music editor was Todd Kasow, and Dean Parker was Carter's assistant. 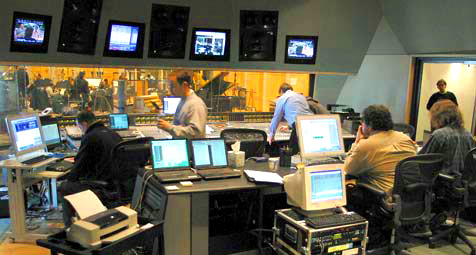 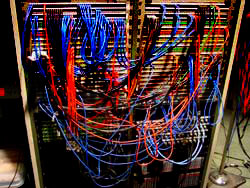 The secret of the Intolerable sound
(photo by Mike Farrow)

"...And every technical aspect of the movie is super: the gleaming cinematography by Roger Deakins, the posh production design by Leslie McDonald, the hip music by Carter Burwell - even the editing by the mysterious 'Roderick Jaynes,' a Coen Brothers employee of almost mythical reputation." - Michael Wilmington, Chicago Tribune, October, 2003

"...There are times when you miss the usual suspects on screen – where’s Hunter, Turturro, McDormand, Goodman, and Buscemi? – but at least the regular crew is on behind the scenes (Roger Deakins providing the lustrous camerawork, and Carter Burwell the bouncy score)." - Chris Barsanti, Film Threat, Oct. 9, 2003.

"Carter Burwell's original music is, in turns, feisty and touching, giving what the mood or moment requires. In particular, the lovely tunes entitled "You Fascinate Me" and "Fully Exposed" are a welcome respite from the less lovable selections, bringing love and honesty into the picture, making it fuller and richer as a whole." - Natasha Theobald, eFilmCritic.com, Nov. 17, 2003. 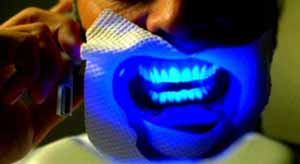