In 1983 I was playing music with Stanton Miranda in a group called Thick Pigeon and Skip Lievsay, a friend and sound effects editor, asked if I'd be interested in writing music for a film. With no experience and no demo tape, I went to the editing room and met Joel and Ethan Coen, who showed me a reel of Blood Simple. I had never seen a rough cut of a feature film before and to my eyes it looked very rough. What would later seem to be deliberate pacing just seemed slow at the time. And I wasn't sure if the bits I was laughing at were supposed to be funny.

That day I started working on a few musical ideas, "on spec" as they say, to show how I'd approach the film. I was director of the Digital Sound department at the New York Institute of Technology and I used their Synclavier along with my piano at home and some basic tape techniques to develop a handful of sketches which I brought back to the Coens a few days later. We listened through. They liked the repetitive hypnotic melodies, some of which used manipulations of industrial sounds or field recordings of chain gangs played backwards. They left me with "don't call us we'll call you" and I left for Manchester, England, to record an album with Thick Pigeon and two members of New Order, Steve Morris and Gillian Gilbert. The LP, Too Crazy Cowboys was released by Factory Records (and reviewed as "a walk through the civilisation of your soul"). 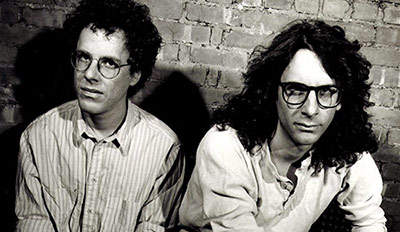 Toward the end of my stay in Manchester I got a message that the Coens were trying to reach me. They wanted me to score their film. This was very nice news, but I only had a few weeks before I had to leave for Tokyo where I had a job doing animation for the film Lensman, so I rushed back to New York. Neither the Coens nor I knew how to synchronize the recording of music to picture (SMPTE time code synchronization was a new and crufty piece of technology), so we did it all very roughly, mostly with a stopwatch, a familiar tool from animation.

We went with the same melodies I'd come up with right after seeing that one reel of the film, and that experience has given me a lot of respect for my first impressions. Those sketches were fairly electronic in tone but as I rehearsed we saw that solo piano had an interesting effect on the picture. It added a warmth and poignancy that drew us to the characters, and which made the psychological torture of those characters all the more excruciating for the viewer - and satisfying for us.

So although our plan was to work with synthesizers (we rented one of the first Yamaha DX7's in New York) and samplers (Emulator) and a few other instruments (my friends Miranda and Steve Bray did some playing), in the end we stripped most of the score back to a very spare arrangement which mirrored the look of the Texas landscape.

The day after we finished mixing I left for Japan for a few months. After my return I went to a screening of Blood Simple. I really liked the movie but I was taken aback by the changes to the music. Joel, who had worked as a film editor before making this movie, had cut the music to the picture with a freedom that, shall we say, amazed me.

Ethan was quite honest in telling me not to expect the film to be distributed. but eventually it was shown at the Toronto and New York Film Festivals, and Circle Films picked it up for US distribution. I saw it at the New York Film Festival and the audience watched it with silent concentration as befits a work of art. I saw it some months later at a midnight show at the Waverly Theater and the audience was howling with laughter all the way through. Context is everything.

Years later the Coens told me that after our initial meeting they continued to interview composers, ranging from newcomers like myself who had the virtue of being cheap, to established names like Jan Hammer, who at the time was composing the music for Michael Mann's TV show "Miami Vice" and who, good German that he is, wore shorts, socks and sandals to the interview and began by handing them his contract and asking them to sign it. They also told me that they did actually hire two musicians before me to score the picture. After receiving some very electronic music the Coens began to doubt that was the right direction. The composers opined that the Coens were squares. Then they reported that their work had been lost, and Joel and Ethan took the opportunity to beg off. At least this is the story I've been told. I guess that's why I ended up with three weeks to write and record the score.

I didn't plan to do another film score after Blood Simple, but a year or so later Tony Perkins sent me the message that he'd liked the score and he wanted me to work on Psycho III. Soon after that Joel and Ethan were making Raising Arizona, and I found myself with less and less time to do anything else. 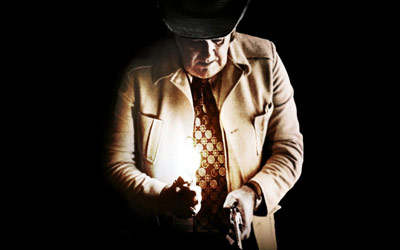 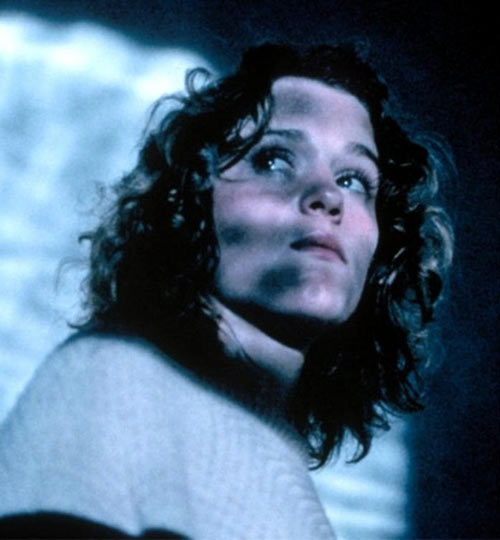 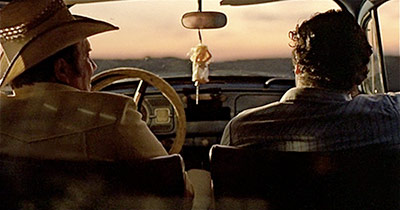 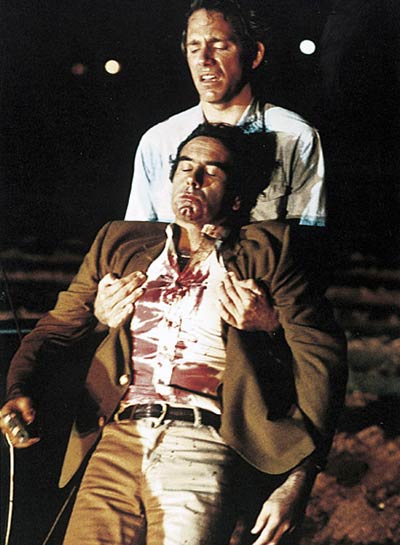 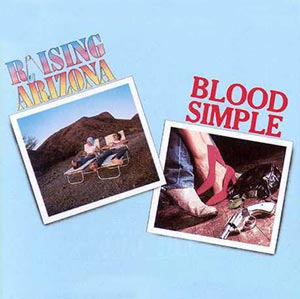 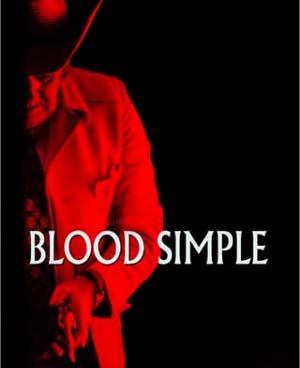 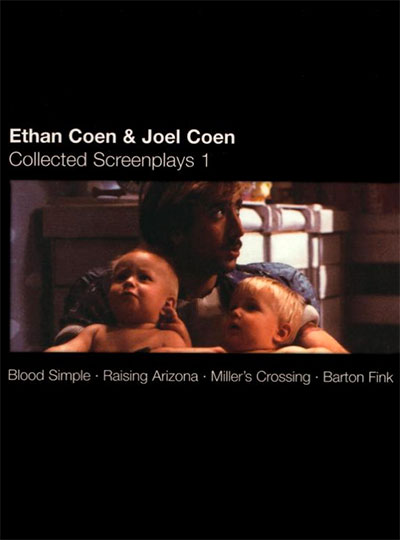 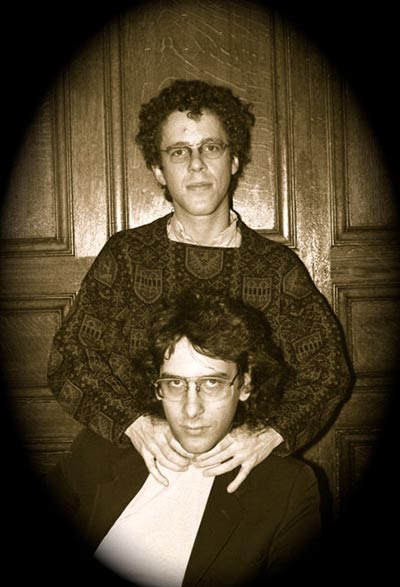 "... Carter Burwell, meanwhile, contributes the first in his apparently endless series of brilliant scores (see also Fargo, Being John Malkovich, The Spanish Prisoner), evoking a palpable sense of dread with just a couple of piano keys." - Time Out New York

"... Burwell has an intuitive feel for connecting noises in a way that is listenable. In this respect, his music is somewhat impressionistic. No matter how unusual the combinations of sounds are, the cues make sense as a whole, and portray a picture larger than the sum of its parts. This album is a testament to this remarkable skill. And if you are in the mood for experimental and audacious music, this is the album to try." - Helen San, Cinemusic.net, 1987

"It all began here, and not merely for the Coens themselves. Blood Simple was the first feature starring Joel Coen’s soon-to-become wife, Frances McDormand; the first scored by Carter Burwell, who’s collaborated — often, as here, magnificently — with the Coens on all their subsequent scores; and the first shot by cinematographer Barry Sonnenfeld, who also worked on the Coens’ next two films before embarking on his own directorial career... It is no small miracle — and a testament to the Coens themselves — that so many exceptional talents connected so early in their respective careers." - Christopher Orr, The Atlantic, Sept. 8, 2014. 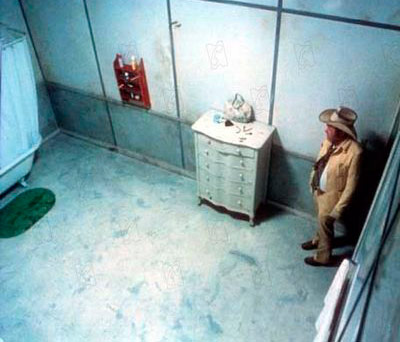 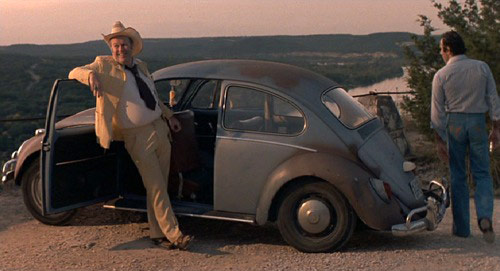 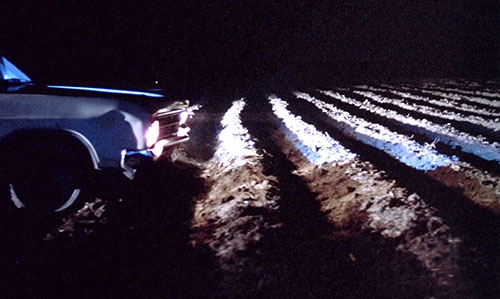 Directed by Joel and Ethan Coen 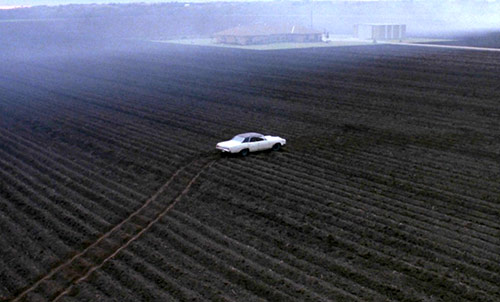