I met Martin McDonagh in 2007, when he asked me to work on his first feature film, In Bruges. It remains one of my favorite films. It starred Colin Farrell and Brendan Gleeson as hit men hiding out in a quaint medieval town. As others have noted, they had the comedic chemistry of Laurel and Hardy, set in this case against a dark and violent story.

When we finished that film Martin proposed that we do a film about every four years (he likes time off, and does have a day job as a successful playwright). So in the intervening years we've worked on Seven Psychopaths and Three Billboards Outside Ebbing, Missouri. As the clock came round this time (5 years instead of 4 because of the pandemic), he wrote another story for Colin and Brendan.

He sent me the script before shooting and asked if I had any ideas. The story involves an Irish fiddler on an Irish island during the Irish Civil War and I said I couldn't see any reason the music wouldn't be Irish. He's a patient and understanding collaborator but he made it clear that he absolutely hated that idea, hated "diddly-di Olde Worlde Oirish film music". So that was out. What next?

Martin sent me some music he'd been listening to while thinking about the film: some Brahms lieder, a Bulgarian song, an Indonesian gamelan piece. None has an obvious relationship to 1920's Ireland, and I think he liked that. He put those recordings in his first cut of the film - the Bulgarian song at the start, the Brahms at a particularly dramatic moment, and the gamelan for a montage in the center of the film.

The metal and wood percussion of the gamelan seemed helpful to me. I could imagine it relating to Carl Orff's Schulwerk - simple, repetitive, childlike tunes. And then I stumbled on a concept that really focused these ideas, while reading to my 11-year-old daughter.

We were reading the Grimms Brothers' version of "Cinderella," and in this version, unlike the Disney version, the stepmother has her daughters cut off parts of their feet in order to fit into the slipper. I began to look at Martin's story, and the self-mutilation of Brendan Gleeson's character, as a fairy tale, and that perspective informed a lot of the writing and instrumentation: celesta, harp, flute, marimba and gamelan. Sparkly, dreamy music that matched the beauty of the island but also distanced one from the brutality of the physical action. And it played Colin's childlike innocence, while pointing up its loss over the course of the story.

As the score neared completion we finally got to the central montage, which had always been the Indonesian piece. We jettisoned that piece and used a theme I'd written for the relationship between Farrell's and Gleeson's chracters. So the gamelan piece is no longer in the final film, replaced by my composition "My Life Is On Inisherin". But the gamelan's influence is a ghost living on in the score. 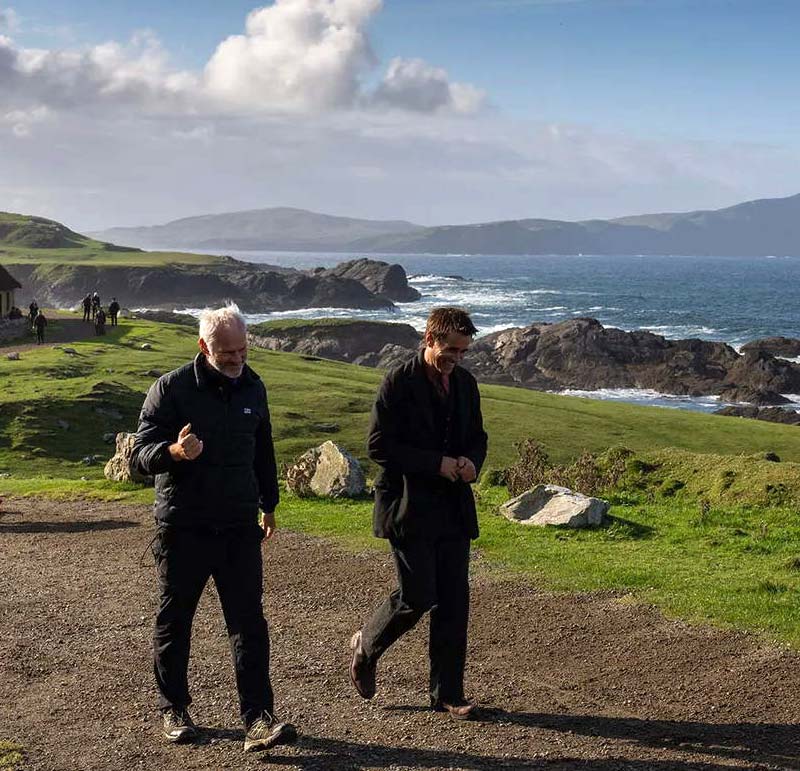 The soundtrack has been released by Hollywood Records. Here, for demo purposes, are some excerpts: 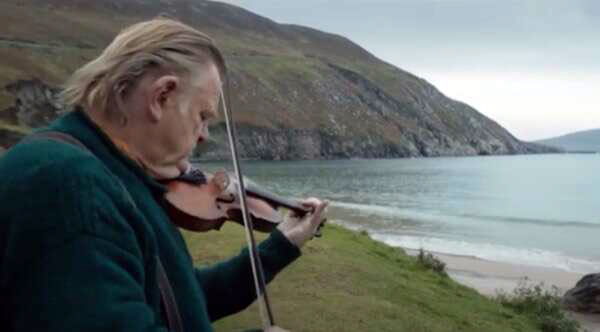 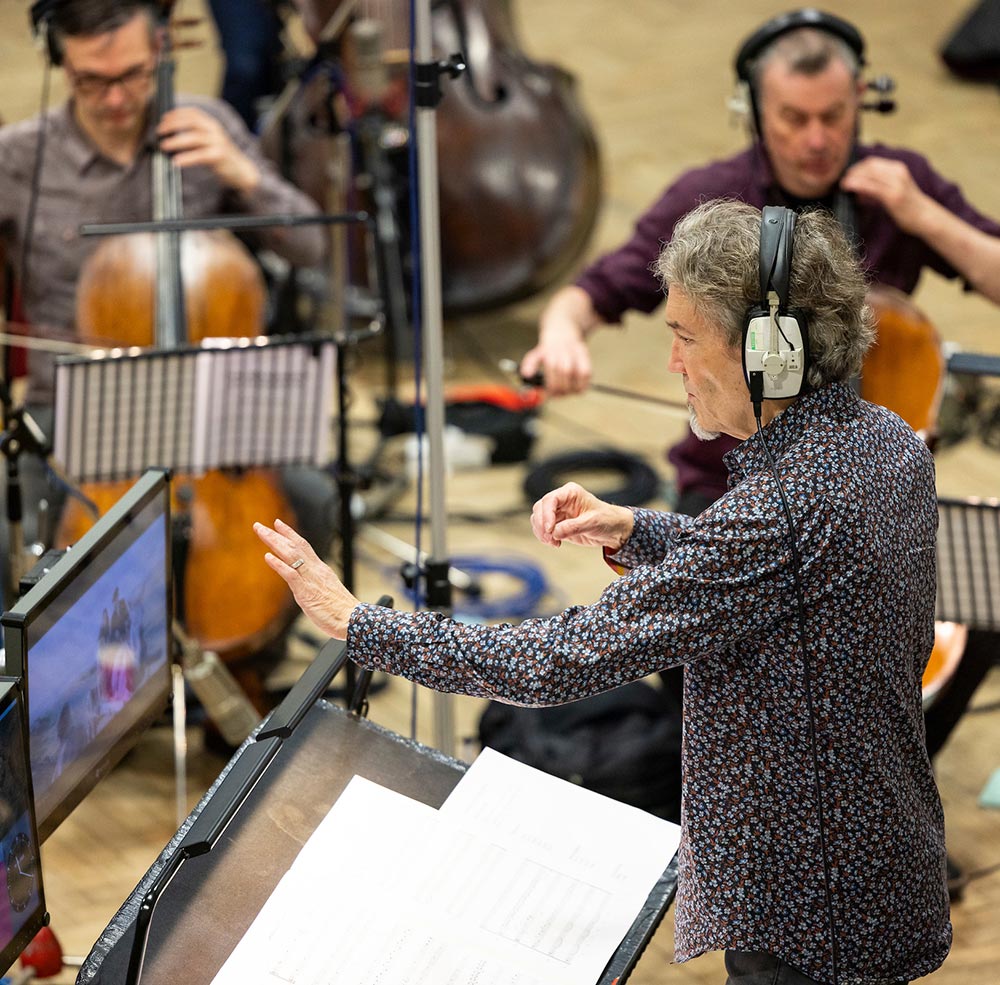 In addition to the people credited above, these folks contributed to the recording, which toolk place in Abbey Road Studio 2: 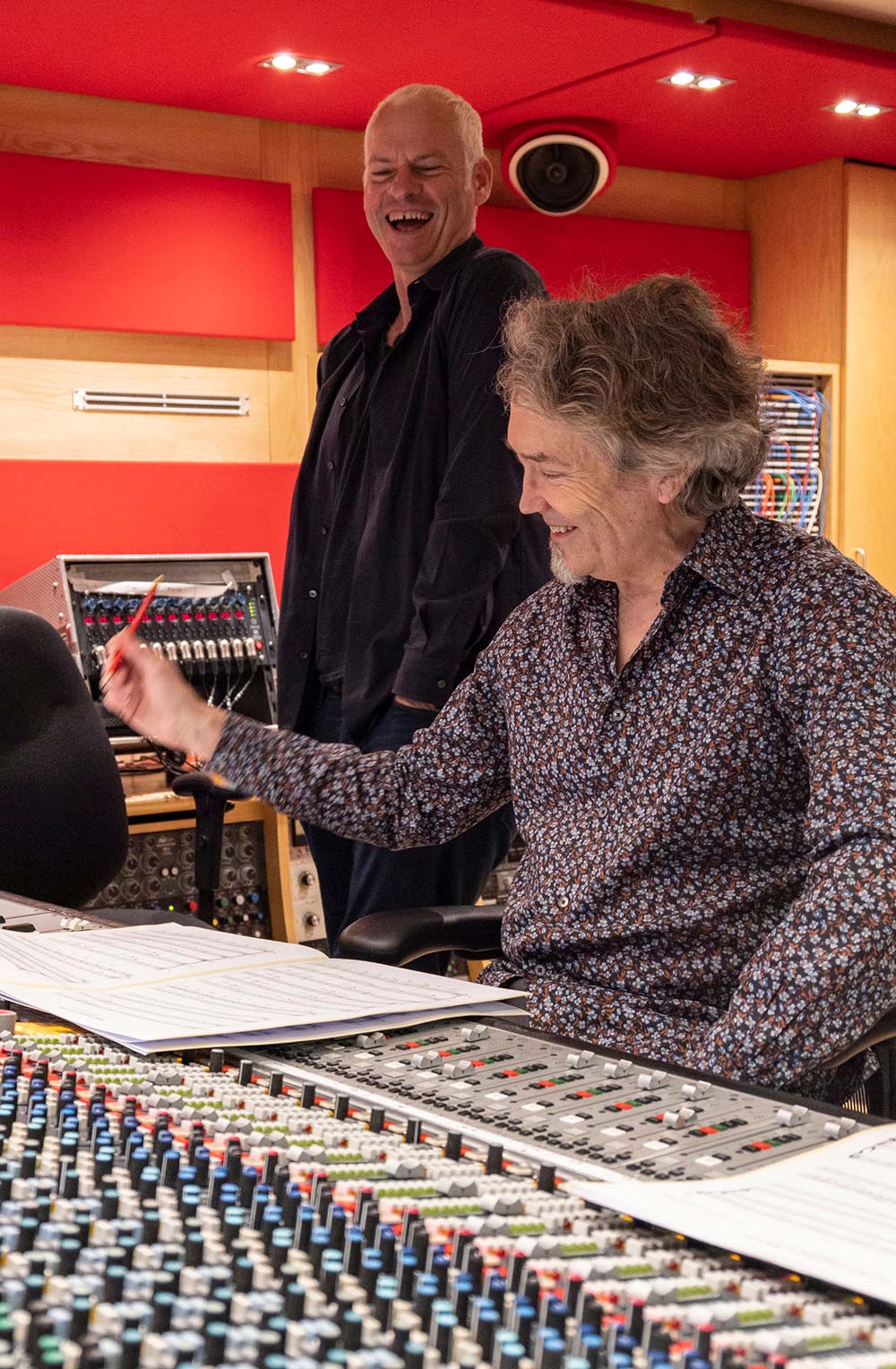 "Visually, cinematographer Ben Davis and production designer Mark Tildesley create painterly interiors that recall the canvases of Vermeer and the compositions of Danish director Carl Theodor Dreyer, while composer Carter Burwell emphasises the film’s fable-like qualities with refrains that sound like off-kilter nursery rhymes played on cracked shellac records. As for the cast, they are a note-perfect ensemble, a flawless instrument upon which McDonagh plays his deliciously melancholy danse macabre." - Mark Kermode, The Guardian, Oct. 23, 2022.

"As pitch-black, acerbic, and absurd as McDonagh’s writing can be, ‘Insherin’ flows with deep inlets of tenderness and empathy. Great humanity courses throughout the film, which gives it yet another level of emotional intelligence and profundity (to that end, Carter Burwell’s magnificent score will break your heart)." - Rodrigo Perez, The Playlist, Sept. 5, 2022.

"The film reunites Colin Farrell and Brendan Gleeson, whose difference in age, physicality and character type makes for a Beckettian pairing that brings out the best in both actors, as it did in McDonagh’s 2008 debut feature, In Bruges. They lead a ruminative ensemble piece that expertly balances the tragicomic with the macabre, inhabiting territory adjacent to McDonagh’s stage work yet also sweepingly cinematic. The latter factor owes much to the soulful widescreen cinematography of Ben Davis, bringing a mythic quality to the rugged landscapes, and to Carter Burwell’s full-bodied, mood-shifting score, one of his loveliest." - David Rooney, The Hollywood Reporter, Sept. 5, 2022.

"The Banshees of Inisherin has the fanciful yet gruesome quality of a folk tale or fairytale, a mood enhanced by Carter Burwell’s harp-and-flute-heavy score and Ben Davis’ painterly widescreen cinematography." - Dana Stevens, Slate, Oct. 21, 2022.

"It’s not necessary to believe what you see — it may, indeed, not be possible — but you can nonetheless find yourself beguiled by the wayward sincerity of the characters and touched by the sparks of humanity their struggles cast off. And impressed by the craft of the actors and the crew (which here includes the cinematographer Ben Davis, the composer Carter Burwell and the costume designer Eimer Ni Mhaoldomhnaigh). Perhaps above all, you are apt to be tickled, sometimes to gales of laughter, by the spray of verbal wit that characterizes the McDonagh dialect." - A. O. Scott, New York Times, Oct. 20, 2022.

"If the film never feels the least bit limited by its scope or location, that’s because the Galway Bay lends it an impossibly gorgeous backdrop, replete with rolling green hills and ravishing ocean views on all sides. It’s the perfect fairy tale idyll for the harps and glockenspiels of Carter Burwell’s ominous score to subvert." - David Ehrlich, Indiewire, Sept. 5, 2022.

"The film’s beautiful craftsmanship invites one to revel in the bleakly spectacular setting and cinematographer Ben Davis makes the most of it; you don’t need to be David Lean to make fantastic images out of the deep green landscapes and staggering ocean turbulence along the western coast. Carter Burwell’s score also amplifies the power and the glory of the setting." - Todd McCarthy, Deadline, Sept. 5, 2022.

"We don’t want to ignore the great work that Keoghan or Condon are doing on the periphery, or the exquisite cinematography by Ben Davis, or Carter Burwell’s ability to channel both regional folk music and a universal sense of grief in his score. It’s just that the Farrell-Gleeson Blues Explosion is what grounds McDonagh’s heady notions and fuels its fire." - David Fear, Rolling Stone, Oct. 22, 2022.

"The dialogue is exquisitely crafted, while Ben Davis's cinematography is as glorious on the eye as Carter Burwell's score is on the ear. Add the utterly marvellous acting... and this film feels like a cherishable treat from start to finish, even when Colm takes decidedly gruesome steps to show that he means what he says." - Brian Viner, The Daily Mail, Oct. 20, 2022. 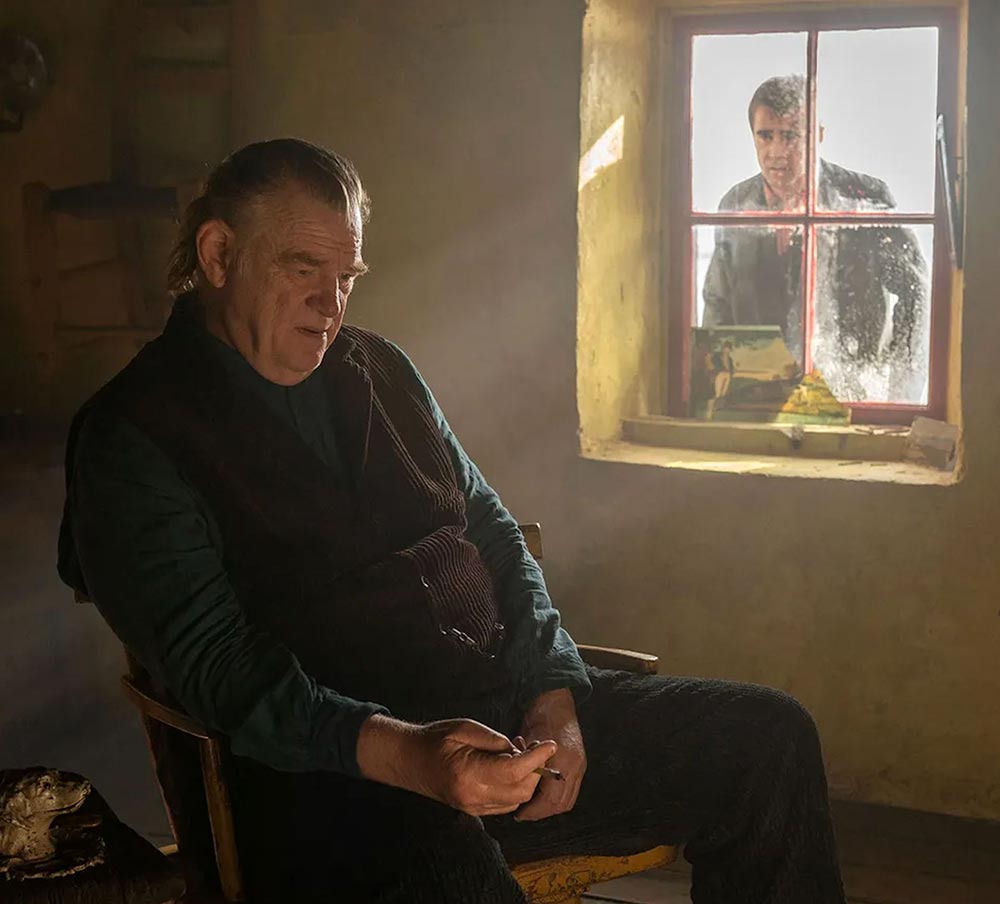