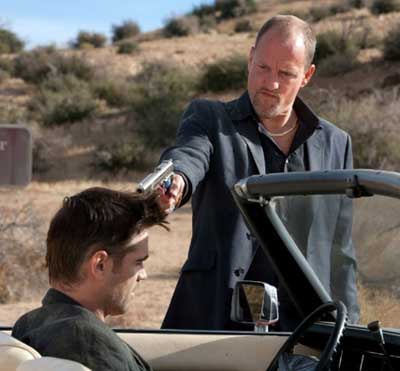 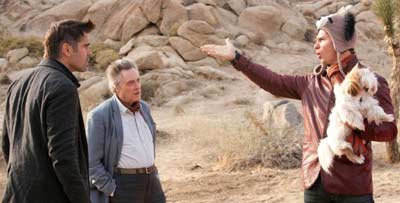 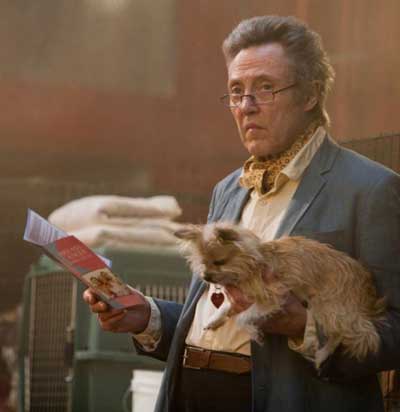 I worked with Martin McDonagh on his first feature film, In Bruges, in 2007. With that film completed I knew Martin would return to his day job as a phenomenally successful playwright, but I was also certain that he would come back to filmmaking some day. In the spring of 2012 he sent me a script with the euphonious title of "Seven Psychopaths".

I will not attempt to describe the plot of the film - and if anyone does, you should be suspicious - but suffice it to say that the film is about a writer working on a film titled "Seven Psychopaths". For some reason this writer has failed to notice that he is a character in a film of the same name, and that nearly every other character in the film and his life is a psychopath. 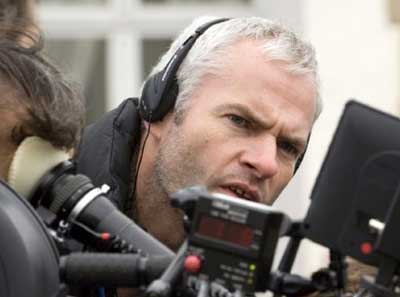 The score primarily tries to accomplish two things. One is to make the characters as human and sympathetic as possible - given the title of the film.

Because the reality of the story and the characters is so often subverted and reframed, it seemed a worthy challenge to draw the audience into the characters' own hearts and minds and emphasize their emotional reality. For instance, from the first time I read the script I felt that it was, in many ways, a love story about Marty and Billy, and so their theme is one of the most important.

The other important goal for the score was to make the end of the story redemptive. Marty, the screenwriter played by Colin Farrell, tells us again and again that the ending of "Seven Psychopaths" will be life-affirming and hopeful.  Perhaps because most of the characters are dead at the end of the film, I was uncertain how sincerely to take this.

When I realized that Martin McDonagh, the real screenwriter, felt the same way as Marty the fictional screenwriter, I decided to take them at their word. Thus the musical theme that is used for The Quaker and The Vietnamese Priest, both psychopaths, does evolve in the end into the theme I called Redemption.  And hopefully the audience preceives this redemption as real and truly felt. 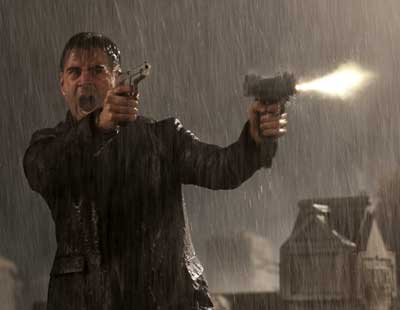 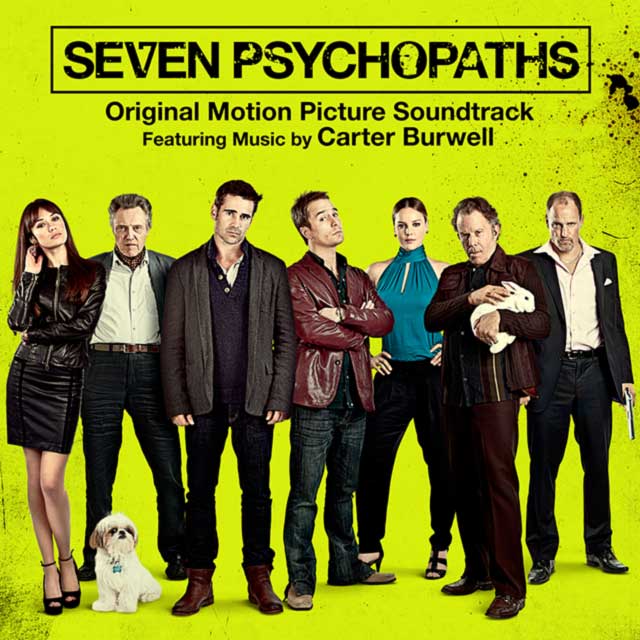 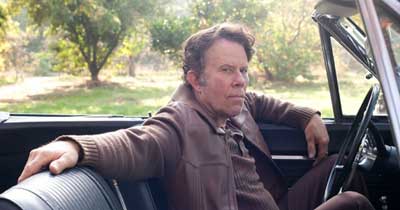 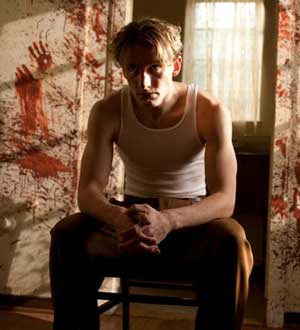 "...Scored with sinister ripples of doom by composer Carter Burwell, McDonagh's work is defiantly two-faced about its intentions. Marty, the fictionalized McDonagh, yearns to write something meaningful and humane. Yet he can't help it: His impulses run the other direction. And he's saddled with that tantalizing title, the promise of which he must fulfill." - Michael Phillips, Chicago Tribune, Oct. 11, 2012.

"It benefits in the extended denouement from Carter Burwell's doleful score, which is supplemented by some cool vocal choices and plays nicely against the verbal comedy." - David Rooney, The Hollywood Reporter, Sept. 11, 2012.

"It begins with a bloody Quentin Tarantino homage that's really intended to show how Seven Psychopaths won't be yet another Tarantino knockoff. It ends with a kooky Coen Bros.-style finale in the desert, replete with a score by Carter Burwell, that goes further than the Coens ever would." - Peter Howell, The Toronto Star, Oct. 11, 2012.

"McDonagh's going for weird, and his set and prop teams have certainly indulged him, while Carter Burwell supplies a score -- like so much of his work for the Coen brothers -- that puts a funereal spin on the material's almost playful disregard for human life." - Peter Debruge, Variety, Sept. 8, 2012.

"There's a crisp, witty score by Carter Burwell; there's (too briefly) Tom Waits, telling a tale of murder and lost love while cradling a pet rabbit. Above all, there's Sam Rockwell, whose manic turn as the gonzo Billy steals the movie even from notorious gonzo-character specialist Woody Harrelson. Walken, as the mysteriously unflappable Hans, does wonderful work in a more minor, low-key mode; when he turns down a proffered drink with the casual demurral 'I take peyote,' his comic timing is pure gold." - Dana Stevens, Slate.com, Oct. 12, 2012.

"Set to a score by Carter Burwell, existing in a stark contrast from what's unfolding on screen, Seven Psychopaths is a ball." - Alison Willmore, Movieline, Oct. 11, 2012.