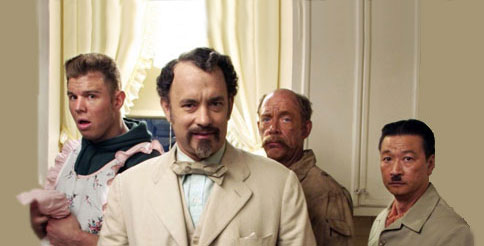 "The Ladykillers" is a remake of the classic Ealing comedy from 1955 directed by Alexander Mackendrick, which starred Alec Guiness, Herbert Lom and Peter Sellers. Nothing about the Coens' version really mimics the original except the basic plot, and this was also true of the music.

Long before the film was shot Joel Coen had this idea of combining gospel, hip-hop and baroque music in some way - but even after months of talking about it we weren't sure exactly how this would be done, or even if it was a good idea. There were scenes in the film which called for music of one or another of these genres, and the gospel had been recorded prior to shooting. I was given the job of writing a faux-baroque version of the song "Trouble of This World" which could be intercut and mixed with gospel and hip-hop versions during the "heist" montage which is a high-point of the film. The result is available here as "Baroque Troubles".

Another important score element is Prof. G.H. Dorr's (Tom Hanks) theme. I wanted it to emanate from him whenever he is transported by sweet poetry. Just as important, I wanted its delicate refinement to set up the clunking of the Professor on the head by a concrete gargoyle in Dorr's last scene. This theme is typified by "Helen Thy Beauty Is".

Lastly there is the Heist theme, typified by bongos and bass and sometimes incorporating harpsichord in a nod to all those British detective films and serials which used jazzy harpsichord riffs. I can't recall if the original "Ladykillers" did this, but I'll be listening for it the next time I watch. 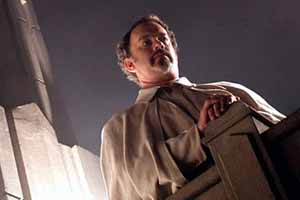 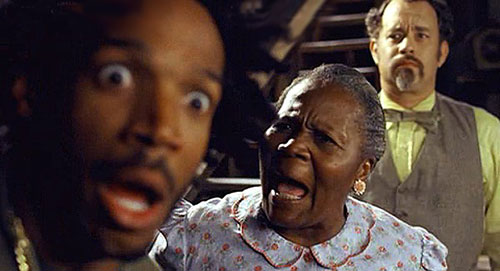 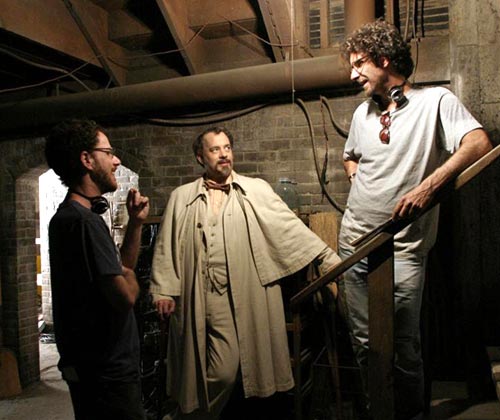 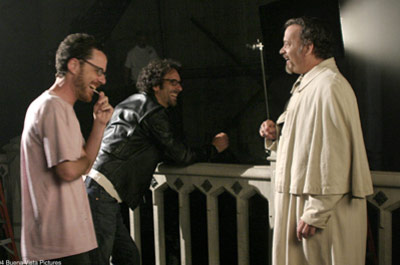 This score was never released as an album. Here are some excerpts:

If you wonder why some scores are not released on CD, see the FAQ.
Update Required To play the media you will need to either update your browser to a recent version or update your Flash plugin. 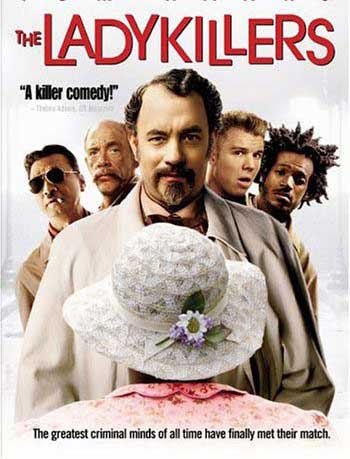 "...Production values are up to the Coens’ usual impeccable standards. Roger Deakins’ lensing is exquisitely composed and atmospheric, especially in his shots of a statue-laden bridge that comes to play a crucial role in the proceedings. Carter Burwell’s original score takes a back seat to the extensive gospel selections that grace the soundtrack, albeit to less decisive and organic effect than the music selections played in 'O Brother.'" - Todd McCarthy, Variety, March 18, 2004. 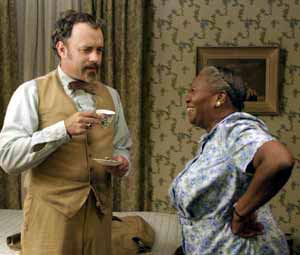 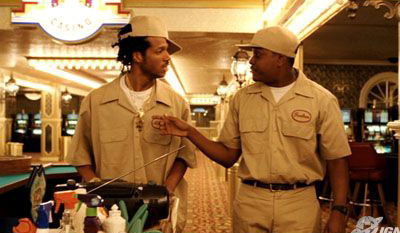 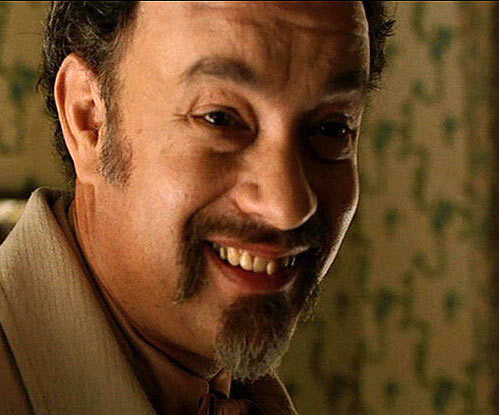