Early in 2010 I got a phone call from Bart Walker, an agent and lawyer who represents many important directors, particularly in the "indie" end of the business. I'd originally met Bart when I was about to work on my first film score, Blood Simple, and needed a contract. Bart, fresh out of law school, drew up a one page contract that said everything that needed saying and he asked for no fee. Now that's a good lawyer!

Anyway, he told me he was working on a film that had a provisional score but perhaps needed help - would I look at it and talk to the director? I knew Lisa Cholodenko's work and immediately said yes. 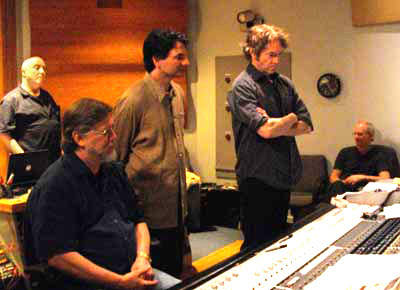 I loved the film - it's easy to love - and spoke with Lisa about its score. She had been working with the same musicians who'd composed music for her previous films, Nathan Larson and Craig Wedren. I liked the music, but I could see that it wasn't helping with the story. Apparently Focus Features, which had picked up the film at the Sundance Film Festival, had the same reaction and was hoping a new score would draw viewers into the characters and through the story twists.

I gladly accepted the opportunity even though there was less than a month to write and record it. I felt strongly that I didn't want the score to be a traditional Hollywood affair - strings and woodwinds - but that it should live in the same world as the pop songs, which play an important role in defining the characters. Instrumentally the score walks a line between acoustic and electric, cleaving to the Joni Mitchell vibe that marks an important moment in the film. 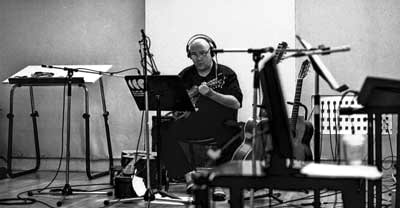 I had a small group of extraordinary musicians to give character to this intimate little score - Marc Ribot and Kevin Kuhn on guitars and John Pattitucci on bass. I lay down some keyboards and programmed percussion myself. Marc came up with a signature guitar sound by using a magnetic pickup on an acoustic guitar, a sound familiar from Dylan's early forays into amplified music. This sound lends the score a mixture of warmth and distortion that seems quite appropriate to the story. 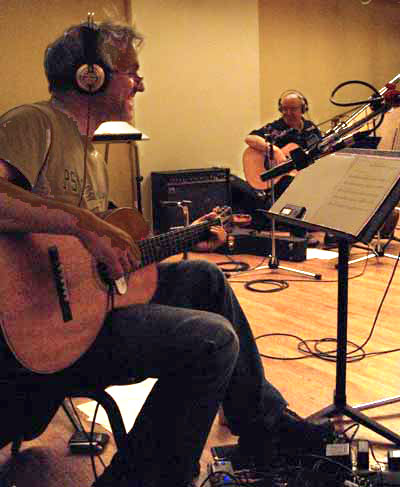 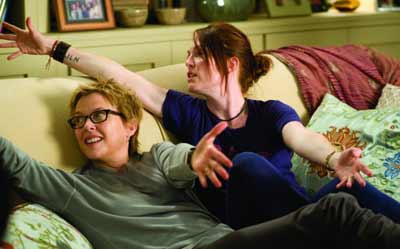 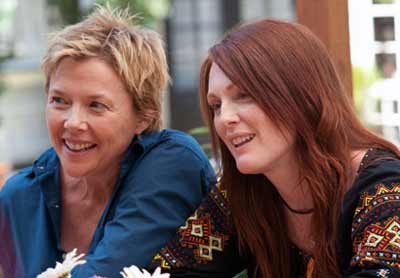 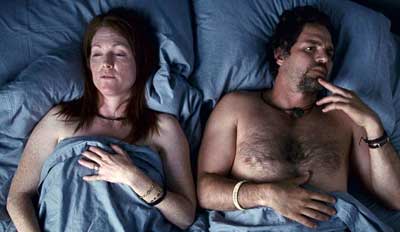 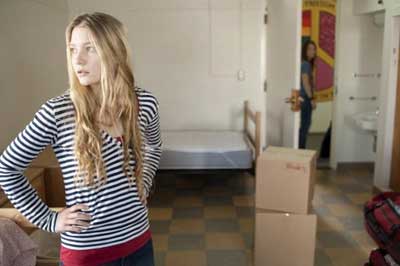 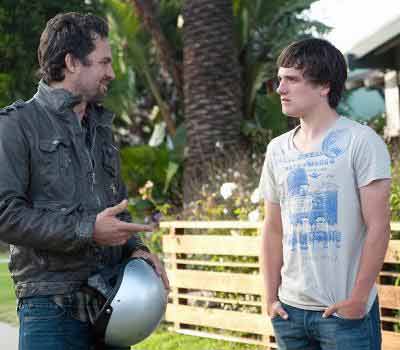 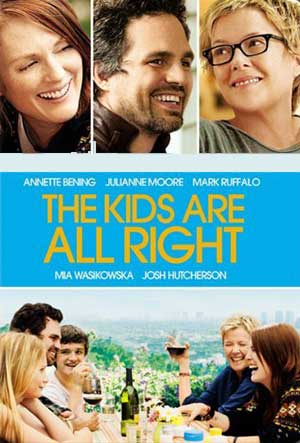 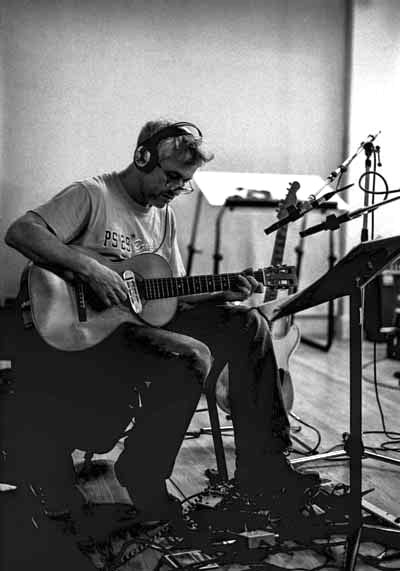 Marc Ribot interviewed by Christopher Weingarten in The Village Voice:

CW: What are the joys and annoyances of composing for film?

MR: John Lurie, who I think knows something about this, once said, "The thing is that all music works with all film." Which should make it very easy, except that all music also changes all film. So it's a big responsibility, because it changes it in a completely counterintuitive ways. I played on the score of The Kids Are All Right and in the love scene, just when you would think the music should be speeding up to signify excitement, he incrementally slows it down, and it works like crazy. Carter Burwell really knows his stuff. But you probably didn't notice that when you saw the film, because when film music works perfectly, it becomes inaudible: You think you're seeing what you're really hearing. Anyway, it's an amazing process. The downsides are: One, at this point, directors expect fully executed demos which sound exactly like the finished product, which is impossible, even if you're a MIDI genius, which I'm not. Two, directors fall in love with their temp scores, watch their edits with them a thousand times, and reject your first, and usually best, 20 ideas because they don't sound exactly like the temp scores they can't afford. 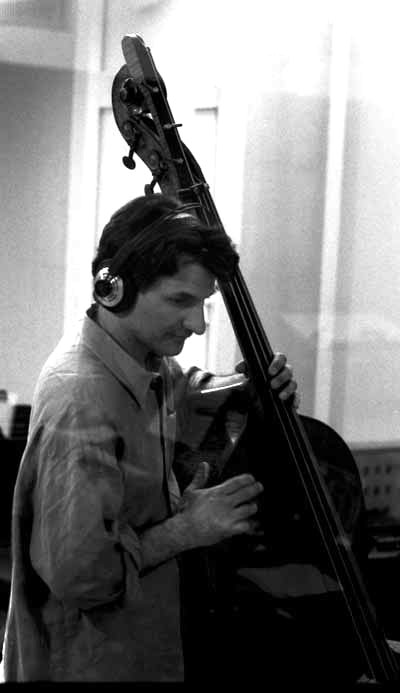 Lisa Cholodenko interviewed by Andrea Gronvall in the Chicago Reader:

AG: How did you choose Carter Burwell, the Coen Brothers' favorite composer, to write the score?

LC: It was kind of roundabout. I was working with another composer, and just feeling like it wasn't. And so when I got further involved with Focus Features, we said, we're not solid on a score yet, that's kind of the last detail of the film that we need to hone. And then my agent-manager said, "You know, I've known Carter Burwell for a number of years, and I know Focus has worked with him on a few films — let's reach out to him." He's a really established, respected, interesting composer, and he wanted to do it. And he knew it was a small film, and he knew we had to do it quickly, and he was still game to do it. 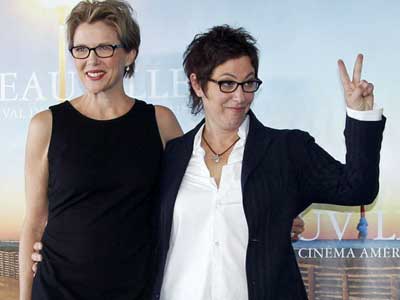 "There is great music too, both on the soundtrack and, in one extraordinary scene, sung a cappella at the dinner table. (It's Joni Mitchell's 'Blue,' beautifully harmonized by Nic and Paul). " - A. O. Scott, New York Times, July 9, 2010. 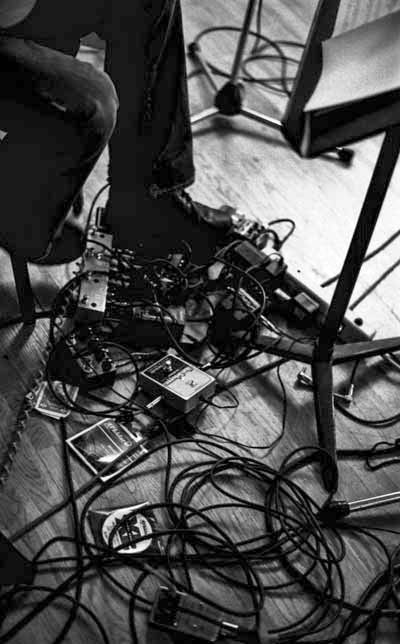