In the 1950's Ray Kroc was a traveling salesman, lugging milk shake mixers around the Midwest, when he visited a little restaurant in San Bernadino, California that had ordered six of his multi-mixers. That restaurant was named McDonalds, after the two brothers who'd perfected the method of delivering a small number of menu items with extraordinary speed and consistency.

Kroc joined forces with the McDonalds and began changing the restuarant world with a dedication that bordered on religious zeal. Along the way he turned on almost all his partners. 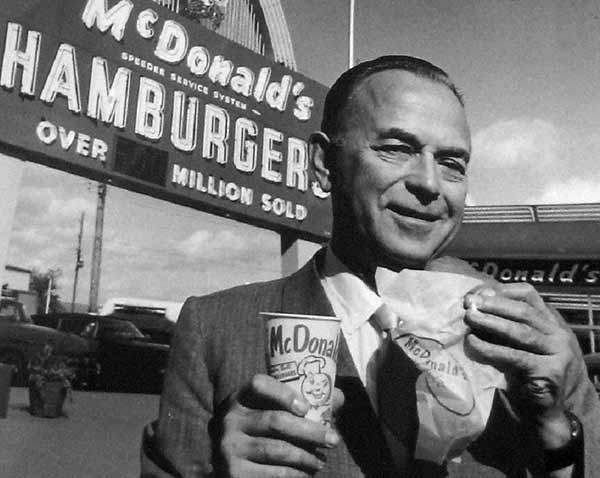 When I read Robert D. Siegel's script, I felt the most interesting thing about it was the way I rooted for Kroc at the beginning, but by the end, when he's gone from underdog to overlord, I questioned the very qualities I'd admired at the start. Nonethelss, I'm aware there may be audience members who still root for him at the end. He is definitely the American Dream Come True. In any case, it was this moral ambiguity that I thought was fascinating. The film allows you to celebrate him, indict him, or both. 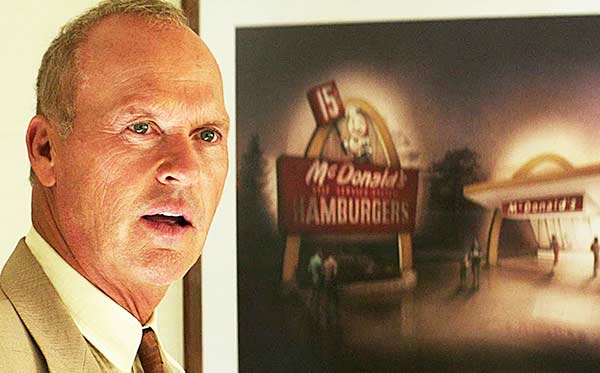 The biggest question of the score was how to play that queasy arc. I once saw Michael Small speak about how his score to the dystopian political thriller The Parallax View used patriotic instrumentation to create a discomfort in the audience, and I wanted to take a similar approach here. Maybe not so jaundiced as Small's score, but still portryaing Kroc's relentless drive as patriotic or militaristic in tone.

The director, John Lee Hancock, wanted to be sure everyone was on board with Kroc as a character first. So the snare drums don't start until Kroc starts recruiting - first the McDonald brothers and then his franchisees. Prior to that I play an off-kilter version of Americana, to suggest that he's a traditional mid-50's mid-Westerner with a dark twist.

For the sound of the heartland I used guitars, mandolin, woodwinds and strings. A musical voice that seemed to work for his inner voice was piano. Specifically an upright piano like the spinets that were so popular in middle American living rooms of that time.

Some reviewers thought we were too easy on Kroc (see Anthony Lane's review from The New Yorker below). This is the danger of irony - if no one gets it, does it really exist? Shostakovich thought he was playing musical jokes on Stalin, but if no one got the jokes were they falling silently in the forest? Still, some seemed to get the musical point of view, and the Los Angeles Times in fact called the score "jaundiced," a review I haven't received before, but probably fair. 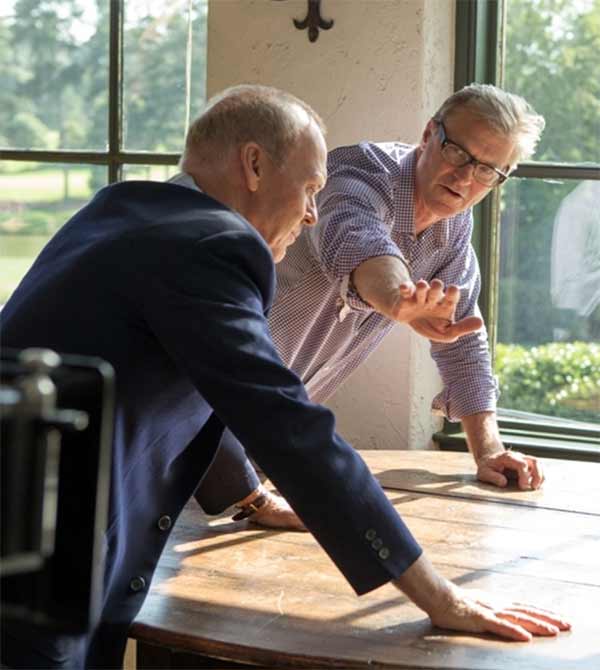 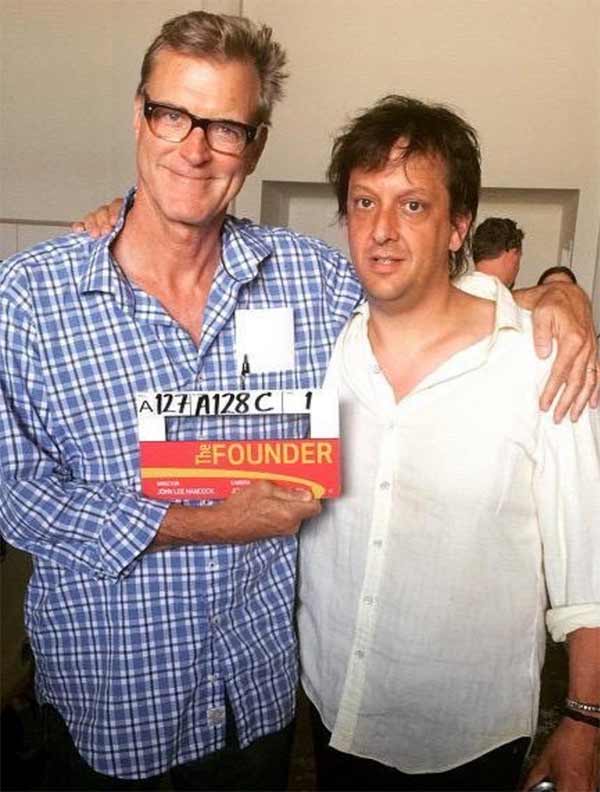 The soundtrack is available from Varese-Sarabande Records. For demo purposes here are some excerpts: 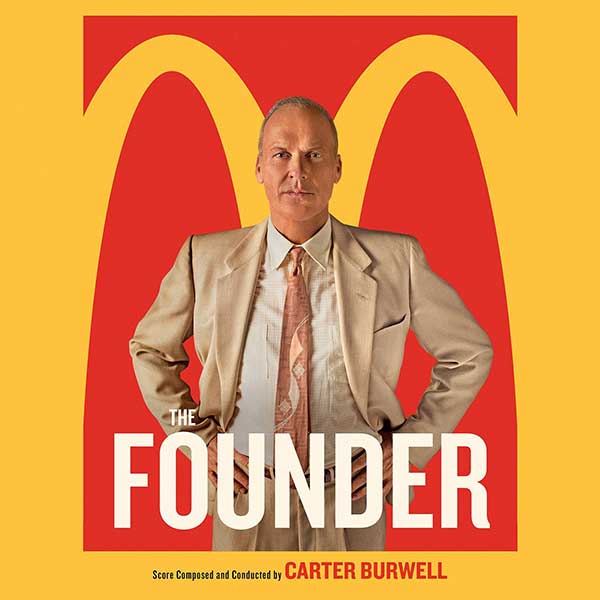 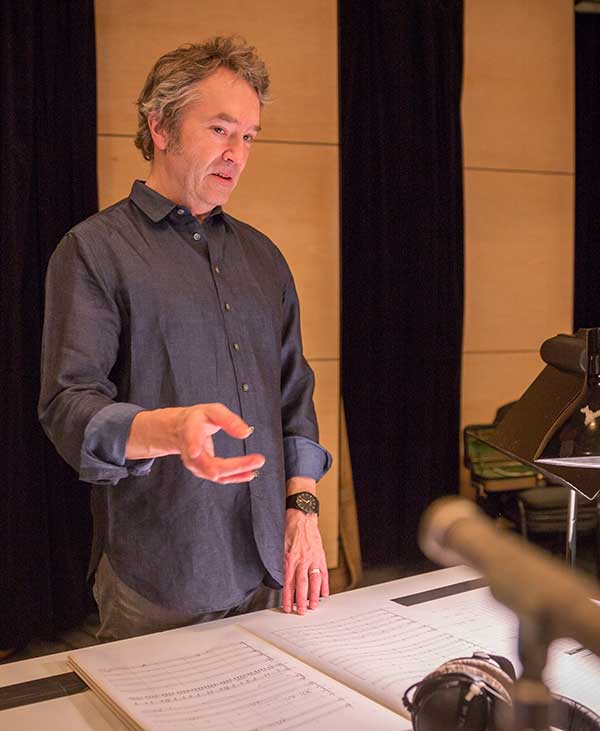 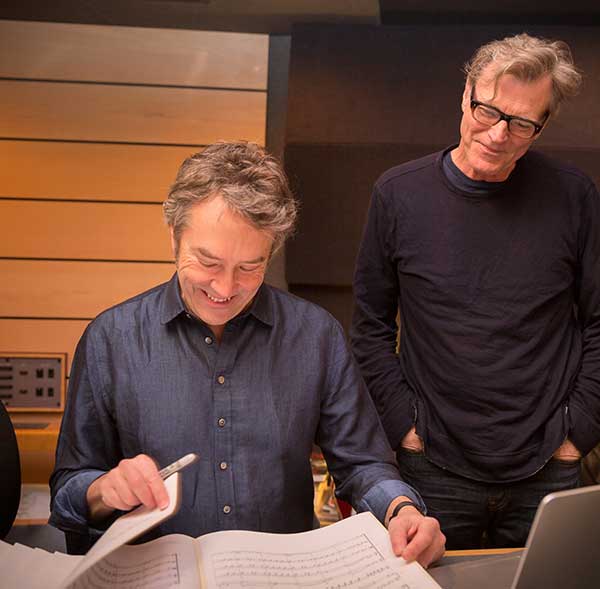 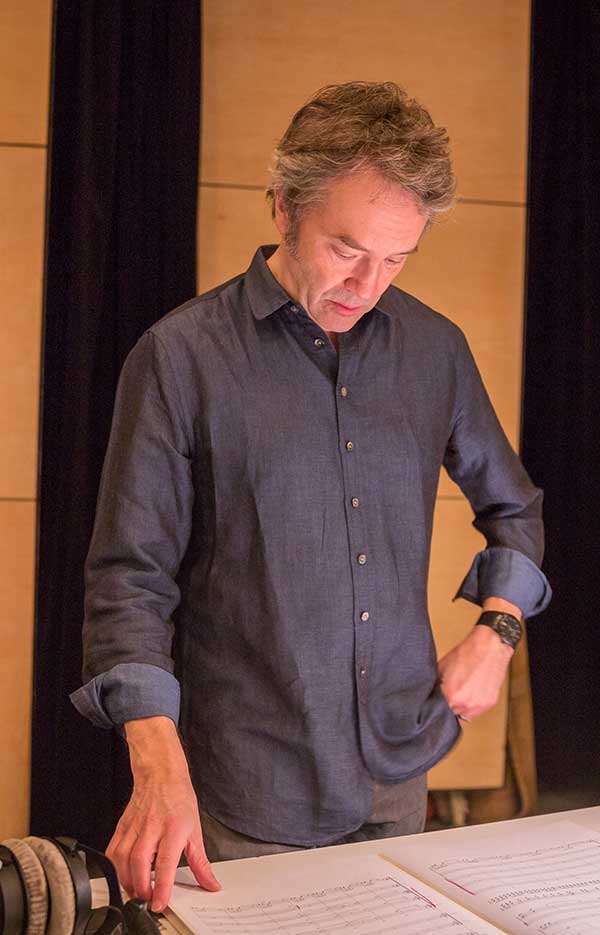 "One of the smoothest, most reliable craftsmen now working in Hollywood, Hancock has a particular feel for smart, uncondescending stories set in the American heartland. He also brings to the table a subtly sardonic attitude that helps cut through the sentimentalism that creeps in around the edges of his movies, including The Rookie and The Blind Side.
That attitude is especially pronounced in The Founder, as evidenced by Carter Burwell’s moody, jaundiced score, and by the work of the cinematographer John Schwartzman..." - Justin Chang, Los Angeles Times, Dec. 17, 2016.

"The MVP however is easily Burwell’s nuanced score that charts the textured emotional and moral journey of Ray Kroc." - Rodrigo Perez, The Playlist, Jan. 18, 2017.

"One of the movie’s best assets is the jovial score by Carter Burwell, which underlines Kroc’s deceptively likable, greasy spiel. Combined with Keaton’s canny performance, it creates a strong portrait of a man who clawed his way to the top of the American Dream, but didn’t care if his claws left marks." - Jeffrey M. Anderson, San Francisco Examiner, Jan. 20, 2017.

"There’s an undercurrent of irony to depicting the fast food business in poetic terms. But there it is: Over dinner, the brothers recall mapping out their kitchen’s 'symphony of efficiency' on an empty tennis court, while they look down on the creation from atop a ladder, gods of their self-made culinary universe. Aided by Burwell’s wondrous cues and Robert Schwartzman’s colorful cinematography, the sequence lays out the evolution of an American dream — and setting the stage for Kroc’s invasion of it." - Eric Kohn, Indiewire, Dec. 6, 2016.

"Propelled by Carter Burwell’s aspirational score, Keaton’s Kroc supersizes the American Dream by suggesting only suckers play by the rules and 'the world is full of educated fools' " - Peter Howell, Toronto Star, Jan. 19, 2017.

"Often, early on, Carter Burwell's chiming score and Hancock's man-with-a-dream storytelling side with Kroc’s capitalistic sermons. Sitting there in the theater, you might worry you've been singled out as a mark, that the movie is earnest in trying to convince you that it's a good thing that Kroc and his coast-to-coast franchises eventually taught America not to worry over the distinction between treat and staple. Don't worry. The Founder is smarter than that." - Alan Scherstuhl, The Village Voice, Jan. 16, 2017.

"... a brightly colored portrait of America at midcentury, newly prosperous and on the go. The good cheer is infectious, and emphasized by the sweet lyricism of Carter Burwell’s score." - Joe Morgenstern, Wall Street Journal, Jan. 19, 2017.

"In the end, Hancock lays not a glove on Kroc, any more than he did on Walt Disney in 'Saving Mr. Banks' (2013), and the camera conspires to smooth any wrinkles of villainy. When Ray first approaches the brothers’ stand, in California, our gaze is ushered upward, to a sign that reads 'McDonald’s,' as if we were standing in front of a Gothic cathedral, and the music, by Carter Burwell, rises in concord with the mood. More preposterous still, later on, is the gleam of golden arches reflected in Ray’s windshield, and the drumroll that we hear just before he reveals his expansionist dream to Mac and Dick. 'Do it for your country. Do it for America,' he says... And so, layer by layer, this dumbfounding movie devises its magical recipe, and dares us to resist it: ketchup, mustard, two slices of pickle, and hold the irony. Delicious." - Anthony Lane, The New Yorker, Jan. 16, 2017. 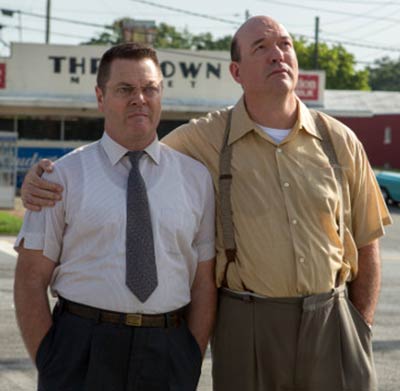 Nick Offerman and John Carroll Lynch as the McDonalds brothers 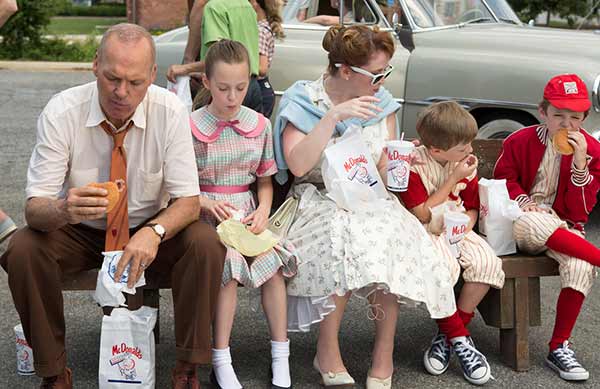