I met Joel Silver when he produced The Hudsucker Proxy, the Coen Brothers’ first big budget production, in 1994. He has a reputation for being an out-sized personality in a business where big personalities are common. While I’d worked in Hollywood many times before Conspiracy Theory, it was the largest, most “Hollywood” film I’d done. Big stars, big director , big producer. And lots of music - an hour of score, which was a lot for me.

I didn’t know Dick Donner before this, but he’s a legendary director of Superman, The Goonies, and the Lethal Weapon films, to name a few. Joel, whom I did know, may have been responsible for bringing me onto the picture and he was almost always present for my discussions with Dick. When I would do sketches of my compositions I’d send them simultaneously to both men - which was not always as simple as it sounds. At one point I had to get a tape delivered by seaplane to Dick’s house in the San Juan Islands.

I loved the screenplay to Conspiracy Theory. It was clever and dark and drew together many weird cultural threads in a way that any conspiracy theorist would enjoy. I was not quite as enamored of the film, which I thought soft-pedaled the dark side of the story, and made Mel Gibson’s character, a paranoiac whose paranoias are well-founded, into a cute, wacky guy. The first themes I sent Joel and Dick were true to my view of the film - dark humor within an atmosphere of intrigue and psychological manipulation. I’m not really sure what Dick thought of this approach because before he could say anything Joel shouted “It’s all wrong!” He asked for a diametrically opposed approach, in which the opening music for the film would tell you right away that the situation was comedic and non-threatening.

To make this adjustment quickly I fell back on a tune I’d originally tried in Fargo when the Coens and I were studying how funny or serious that score should be. In Fargo we’d ended up going as serious as we could with the tone of the music. I took that square boogie-woogie tune and put it against the opening of Conspiracy Theory and Joel and Dick immediately liked it, so that became a major theme of the film. There is also a love theme for Mel and Julia Roberts’ characters, and a threat theme for the intelligence services that are tracking Mel’s character.

Joel and Dick gave me everything I could ask for to get this film done, but I learned the hard way that there's a difference between a 30-minute score and a 60-minute score. The sleep deprivation that was required to complete the score was a new and sobering experience, and since then I've tried to be assiduous in scheduling my time, even creating a spreadsheet that shows how much time it's taken to write and record a minute of music for each film, to help plan my time. 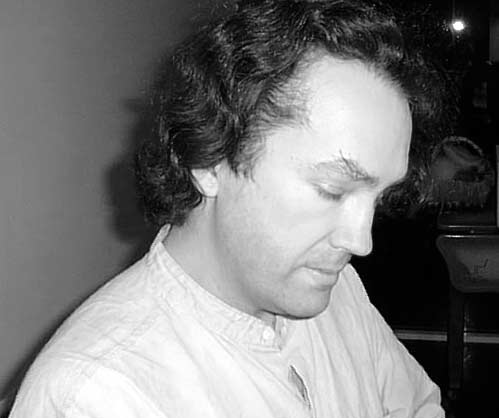 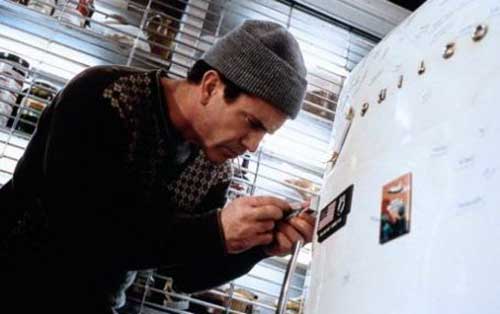 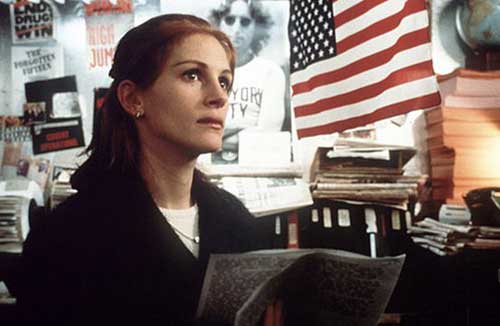 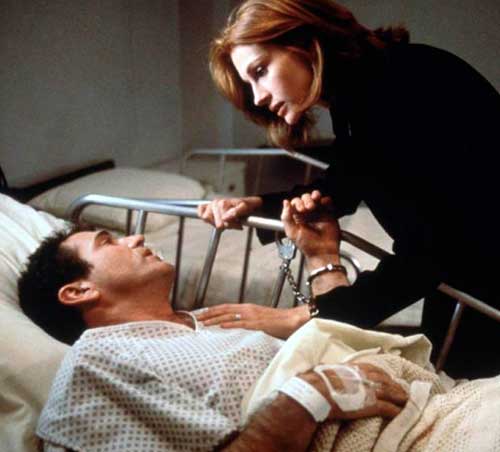 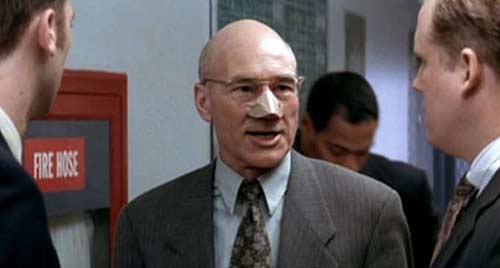 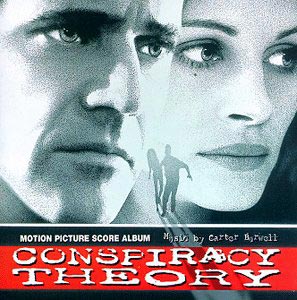 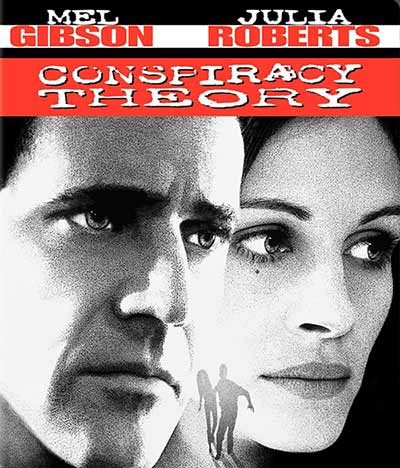 "... film is as smooth as can be, with Carter Burwell's lively and inventive score demonstrating that unusual things can be done to give unexpected and imaginative punctuation to even the most generic action." - Todd McCarthy, Variety, August 4, 1997.

"...From the catchy rhythm of the 'Overture' to the outstanding theme in 'Riding', every minute of this score is a pure joy to listen to. This one is a head turner, a must have, a definitive masterpiece." - Helen San, Cinemusic.net

"…Any surprises the film has to offer are buried in Gibson's restless performance. But too often Gibson is encouraged to play up the bumbling, goofy side of his character, so that he stops being troubled and disturbed, and starts being a lovable kook. This dissipates most of the tension created by the claustrophobic production design and Carter Burwell's haunting score, and tips the film toward being a caper comedy, a genre in which it simply isn't equipped to survive." - Ryan Gilbey, August 30, 1997.

I remember talking with Mel Gibson before the New York premiere of the film, and he said he wanted to make a Bible movie. He was quite serious about it. Years later, after he’d shot The Passion Of The Christ, he called me to ask if I’d like to work on it. I was in the middle of a big project at the time, The Alamo, and couldn’t find the time so I didn’t really have to face the question of how I’d write such a score or how I’d work with Mel. I appreciated the seriousness with which he approached the subject, but by the time we spoke about the project he was already making extreme comments about whether the Mossad would let him live to finish the film (at least that's what he said to me). These hopefully were jokes, and his politicization of the film certainly made for good PR, but I’m sure it would have been a strange ride if I’d taken it.

I also met Brian Helgeland on this film. Brian, who’d written the screenplay for Conspiracy Theory, was preparing to shoot his first feature as a director, Payback, with Mel Gibson in the lead, and he was around Dick’s office and the set a lot. We got on well and eventually worked together on Brian's films A Knight’s Tale and Legend.