John Lee Hancock, with whom I worked on The Rookie and The Alamo, wrote the screenplay and directed the film. Like "The Rookie" it is a fact-based inspirational tale of athletic ability found in the least likely place. The story, like most true stories, doesn't fit perfectly into a dramatic structure, and this created the main challenge of the project. The main character faces almost no obstacles during the story, other than his own background, and almost everyone tries to help him every step of the way. The general good feeling and constant upward motion of the story threaten to turn the film into treacle, but John steered away from this by keeping Michael Oher a cipher, and Sandra Bullock helps by playing Leigh Anne Tuohy, his adopted mom, as forceful and uningratiating. 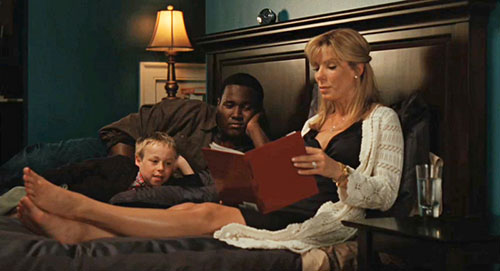 I have to admit that, while the story is wonderful, I didn't immediately want to work on this film. My muse shies away from warm fuzzy feelings. But John Lee Hancock convinced me that this was why he wanted to hire me - to keep the feelings unexpressed. I think we did a reasonable job of this - you have to consider how much gushier this story might have been - but the job still required a total absence of irony which I find hard to maintain week after week. My musical solution was to parcel out the melodies in small doses, so that the growth of the characters and their connections develop slowly.

In the end my favorite bit of the film is the end credit roll which features stills of the real Michael Oher with his real adopted family, the Tuohys. The simple, unvarnished, unexplained truth of the story is amazing. 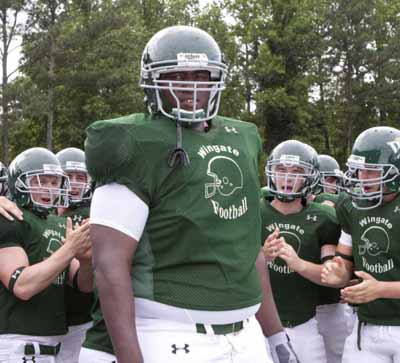 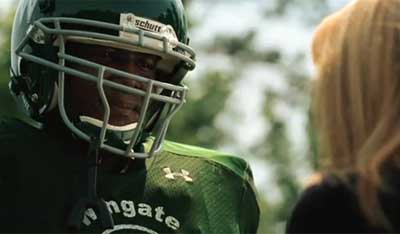 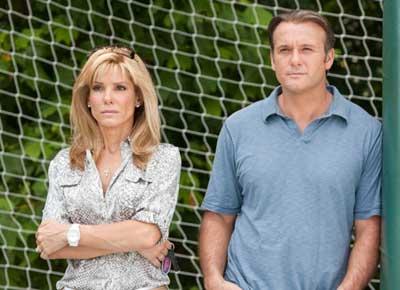 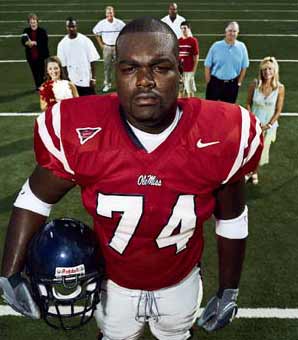 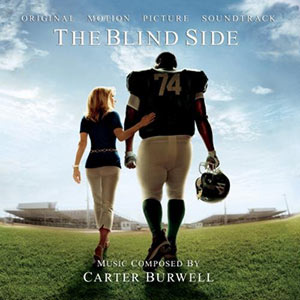 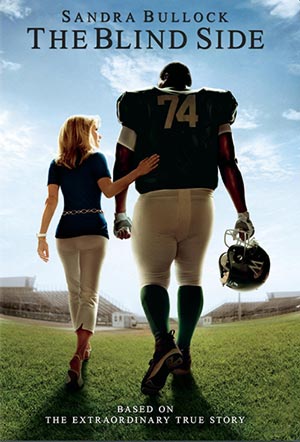 "A typically tasteful score from Carter Burwell, who is probably best known for his work on such artful film as 'Fargo' and 'Kinsey,' also helps the film escape the slough of schmaltz." - John Beifuss, California Chronicle, November 20, 2009.

"...the film celebrates each step forward with the languid strings and one-note-at-a-time piano progression of one of Carter Burwell's most insipid scores." - Aaron Cutler, Slant Magazine, November 19, 2009.

"Directed by John Lee Hancock and scored beautifully by Carter Burwell (Where the Wild Things Are, No Country for Old Men), 'The Blind Side' is easily the best sports-related film of the year, and probably the best I’ve seen since 'Remember the Titans'." - Neil Miller, Film School Rejects, November 19, 2009. 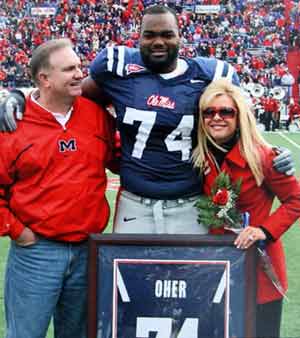 The real Michael Oher
and the real Tuohys 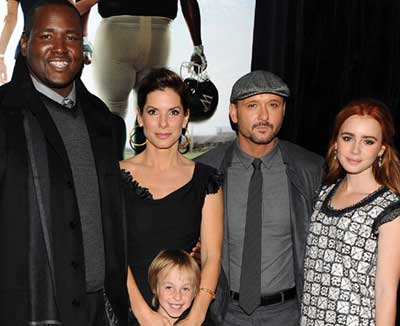 The cast at the premiere 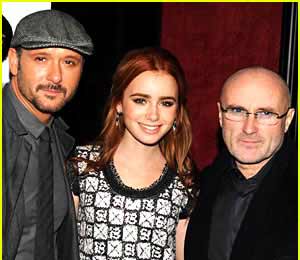