Spike Jonze sent me Charlie Kaufman's script to Being John Malkovich before he shot the film. It struck me as the kind of script for which no score would be wrong. The story covers all the ground between despair and madcap fantasy, and could be scored with free jazz, Stockhausen, calliope or string quartet.

I visited the seven-and-a-halfth floor of the Mertin-Flemmer Building as Spike shot there, and as we talked we focused on the challenge of making the film "real" for the audience rather than fantastical. We came to the conclusion that the most disturbing possible interpretation of the story was that it was really happening and the score tried to capture the emotional import of this on the characters.

This began with drawing the audience into Craig's (John Cusack's) experience, making him a sympathetic character, so that his obsessions become ours and we feel complicit in his lust for dominion over Maxine (Catherine Keener). Hopefully we also feel the horror of having another person in our head.

Whether any of this actually happens to the audience is beyond me, but this is why the score is generally melodic, melancholic and warm. The circularity of the musical structures implies the way the characters are trapped in their various ways. But hopefully it also conveys their yearning to escape. 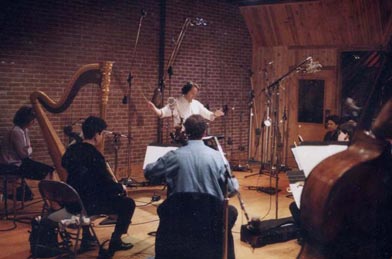 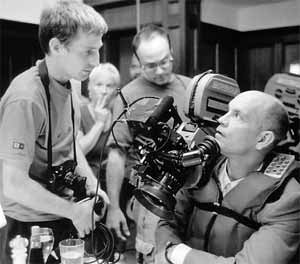 The soundtrack is available from Astralwerks. Here are some excerpts. 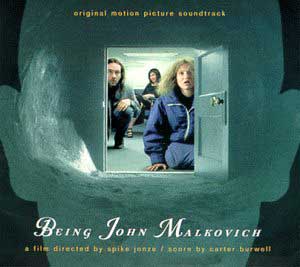 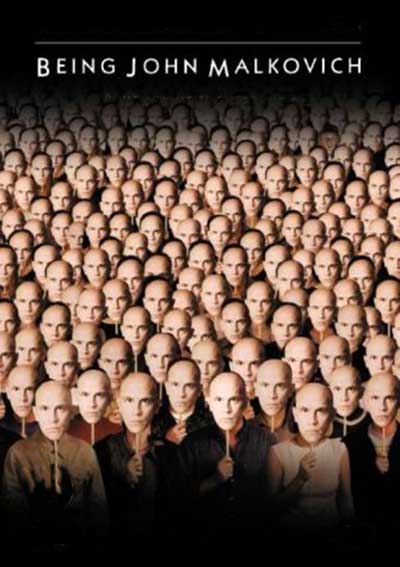 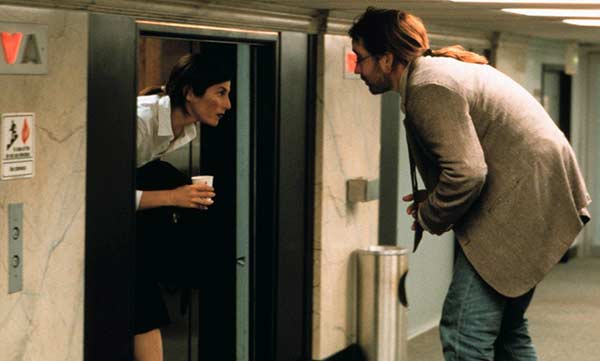 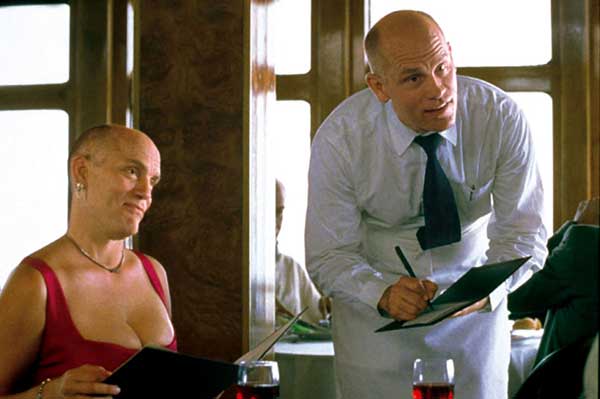 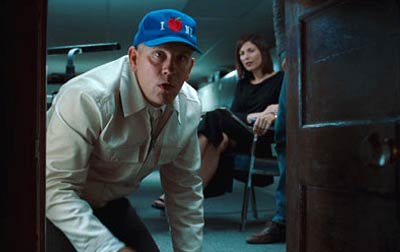 "Creepy and romantic, subtle and strange, the music from 'Being John Malkovich' is good enough to stand on its own... Made up largely of a piano tiptoeing over mournful, swooping strings, Burwell's music balances a sense of otherworldly wonder and weirdness with a delicate acuity... There are also moments of expansive joy in the score, particularly 'Love on the Phone' and 'Lotte Makes Love,' both of which bloom with sweet warmth and satisfaction. The moments add up to Burwell's finest score, with passions swirling throughout the entire album, resonating even without reference to the film." - Michelle Goldberg, Salon.com, Dec. 24, 1999.

"...All in all, a wonderful album - even down to the photo on the inside flap of the package. Burwell has proven yet again his mastery of the art of subtle scoring for somewhat less-than-subtle films, and as it did with what could be called it's companion score, Gods and Monsters, Being John Malkovich makes a brilliant film that much better." - James Barry, Soundtrack.net, May 10, 2003.

"... What other madcap farce would dare to have a score--it's by the superb Carter Burwell--so plangent and melancholy?" - David Edelstein, Slate.com, Nov. 5, 2006. 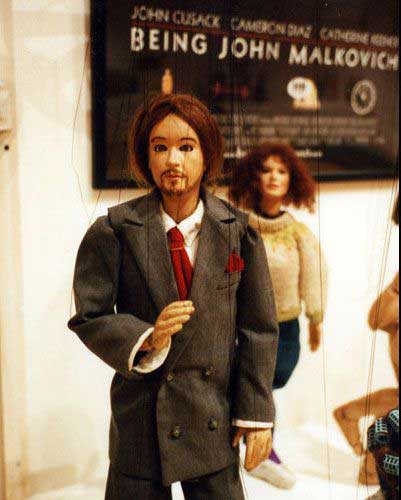