Anomalisa was originally written for the Theater of the New Ear project, a presentation of one-act plays by Charlie Kaufman and Joel and Ethan Coen that were intended to be audio experiences. We called them "sound plays". The actors sat with their scripts on music stands, backed by a group of musicians and a foley artist. No sets, no costumes. Charlie and the Coens directed their plays and I composed and conducted the music. We performed Anomalisa at UCLA's Royce Hall in September 2005.

The project was conceived to require as little time as possible from the performers, and this helped us get amazing casts with very little money. It followed that the shows would be seen by a small number of people. I think Anomalisa may have had three performances. So, I was quite surprised when Charlie told me there were people who wanted to make a feature-length animated film out of it. The material is, like most of Charlie's work, quite challenging, and I couldn't imagine how this film would get funded. The answer was the website Kickstarter, which allows the public to fund projects they deem worthy.

The film was completed in fits and starts as they ran out of money and found new sources. When at last it was time to score it, I used some of the themes we'd used in the live performance. But there was quite a lot of new material too. The play had originally been an audio experience, but now it was visual. Quite visual. 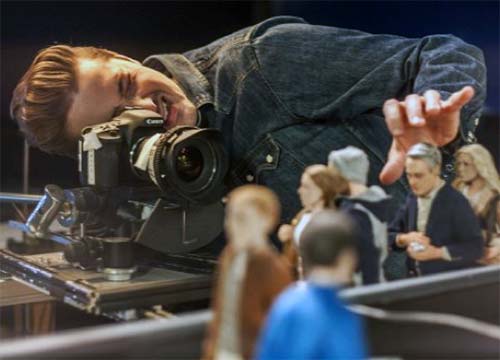 In some ways the musical challenges had not changed - I was trying to breath emotional life into a highly contrived situation. Trying to emphasize the humanity and vulnerability of the characters so that, as they open their hearts, we open ours to them as well.

As before, Bohdan Hilash coordinated the musicians. We tried to get the same eight players who'd performed ten years before in the live shows. This wasn't quite possible - some live overseas or were on tour - but we got 6 out of the 8.

The fact that we were not performing live made many things simpler. As a conductor working with live musicians and live actors, it was an challenge to keep the groups in sync. On film, we could use a metronome track as a guide. Still, in our playing we always went for "feel" rather than perfection, which seemed in keeping with the "handmade" ethos of the project. 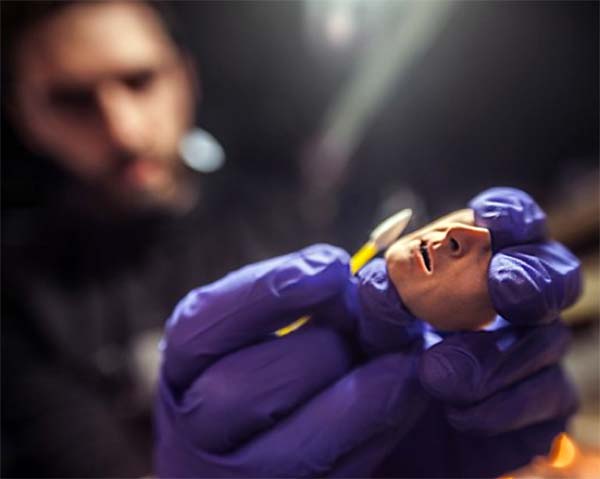 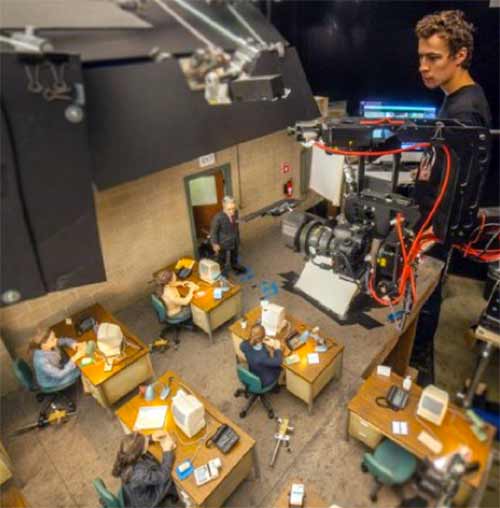 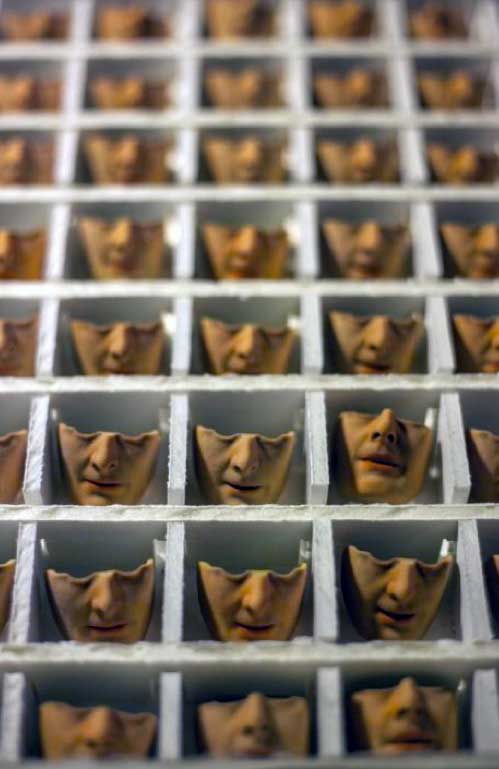 The soundtrack is available from Amazon and iTunes. Here are some excerpts. 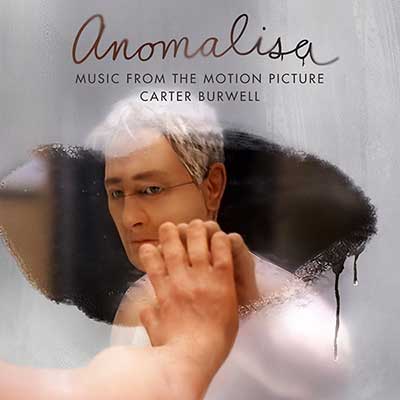 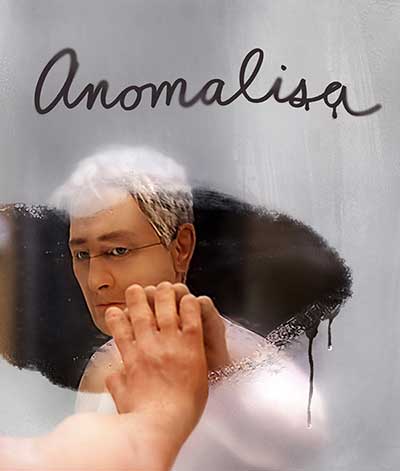 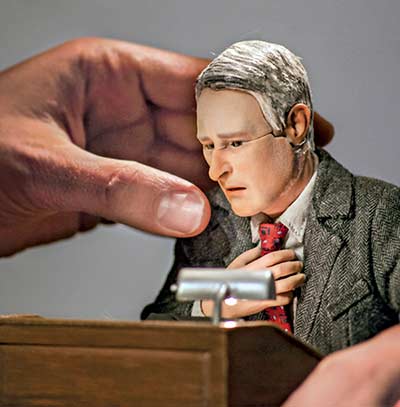 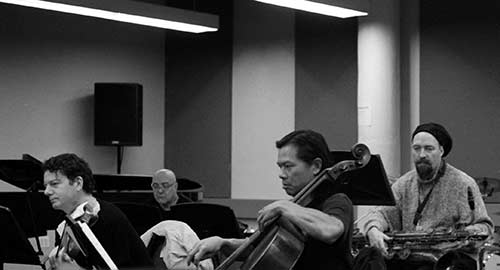 The musicians who performed the score are: 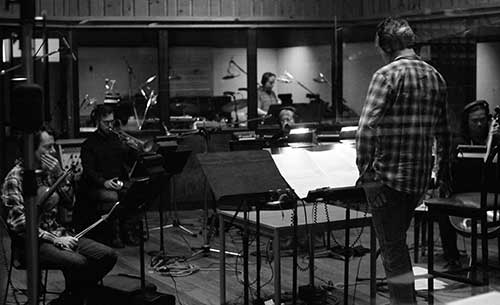 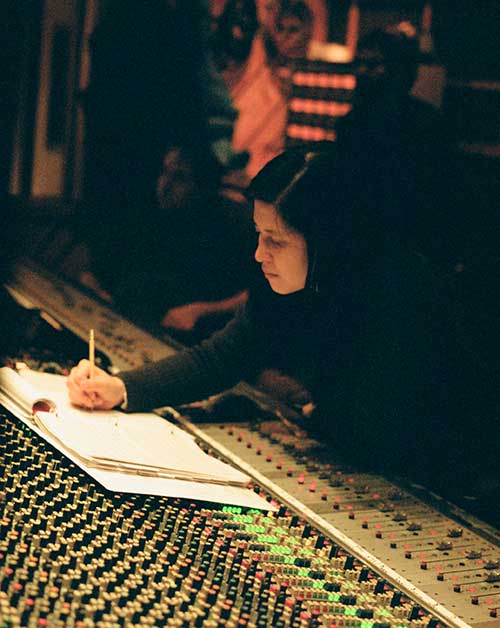 "Funded via Kickstarter and in production for more than two years, the material began life as an original "radio play" performed in New York and L.A. as part of composer Carter Burwell's Theater of a New Ear project, involving Joel and Ethan Coen as well as Kaufman. The one-act works were performed by seated actors reading from scripts, with live musical accompaniment by Burwell and sound effects created on the spot by a foley artist... Translating a non-visual performance piece to film might have been challenging, but no less than his collaborations with Spike Jonze or Michel Gondry, Kaufman's work with Johnson has yielded something quite unique, graced by gorgeously plaintive music from Burwell. " - David Rooney, Hollywood Reporter, Sept. 5, 2015.

"Carter Burwell’s score is a delight, sometimes tuning cheekily into the hotel’s own muzak, but in other places underlining the poignancy that is at the heart of a film which, more than Kaufman’s previous work, seems to trade chords with Wes Anderson in his more humanistic, least whimsical moments." - Lee Marshall, Screen Daily, Sept.5, 2015.

"... In disarmingly warm light, supported by composer Carter Burwell's inspired, empathetic string-based score (eight musicians, gorgeous results), we first see Michael on the plane into the city famous for its chili... Every puppet person in Anomalisa looks like a member of the same, vaguely anonymous extended family. Tom Noonan provides the voice for each and every supporting player, from hotel desk clerk to cabby to preteen female child. He's great; so is Carter's plaintive score, the best of the film year 2015." - Michael Philips, Chicago Tribune, Dec. 29, 2015.

"In terms of actual music, it’s surprising how little of Burwell’s music features into 'Anomalisa,' considering that the play was first staged in concert with a live orchestration. Surely this must be one of the typically melancholy composer’s gentlest scores, tinkling away ever so lightly in the background, subtly lifting the spirit of an otherwise heavy piece — much as Leigh does with her voice." -Peter Debruge, Variety, Sept. 5, 2015.

"... Written by Kaufman and directed with the aforementioned Johnson, it’s evident that the thematic concerns of the film are singularly Kaufman’s and the animation strengths come from Johnson. It’s a largely perfect marriage of sensibilities, and the stop-motion techniques of the film give the movie a tactile and handmade quality that make the sorrowful and anguished emotions feel all the more genuine and honest. Other aesthetic choices are ace too: Carter Burwell’s beguiling score is clutch, gently persuading out the underlying melancholy of the narrative and lead character. " - Rodrigo Perez, Indiewire, Sept. 5, 2015. 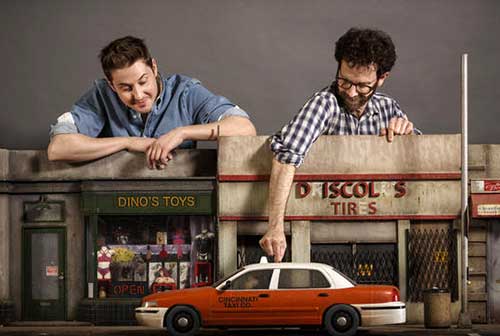