The film is a farce about a rock band so desparate to get on the radio they hijack the whole radio station. Unsurprisingly, the score is in a rock idiom and I assembled a small band of friends to play it.

We finished recording in Los Angeles around midnight the night of January 17, 1994, and soon after I got in my bed at the Sunset Marquis Hotel the building began to shake. Severely. Having never experienced an earthquake before, I didn't know if it was the kind they have all the time in California, or something serious. When I noticed that the entire city was blacked out I realized it was not normal. The Northridge quake was magnitude 6.7 with the highest ground acceleration ever recorded in an urban area in North America. 72 people died. I can't really think of "Airheads" without remembering my experience that night.

The film mix continued amid aftershocks for the next two weeks, the crew rushing out of the mixing stage with some regularity when things would start to sway. When I returned to New York it took months before I didn't get panicky adrenalin rushes every time a subway shook the ground. 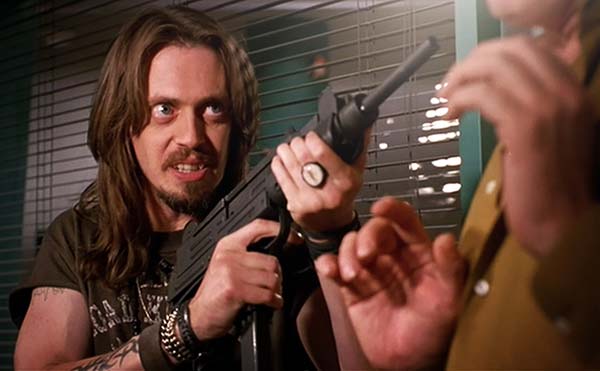 Weeks later I heard that, in test screenings of the film, the audience wasn't "getting" some of the humor - in particular the physical comedy. I was asked to alter the music in some way to make it more "comedic". I certainly wanted to keep the themes from the original score, which I felt had an appropriately fractured, off-balance quality.

I opted to add a few sonic elements whose juxtaposition would suggest silliness: bass clarinet, unpitched vocal sounds, and an Indian plucked-percussion instrument we called the gub-gubbi. These were added in only a few places where it was felt the audience needed to be "told" to laugh. The fact is, there is only so much music can do to help in this situation. The music can allow the audience to laugh, even encourage it, but it can't make people laugh. Are you laughing? 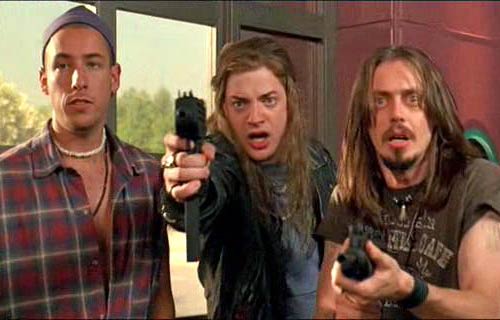 Here are examples from the score to Airheads: 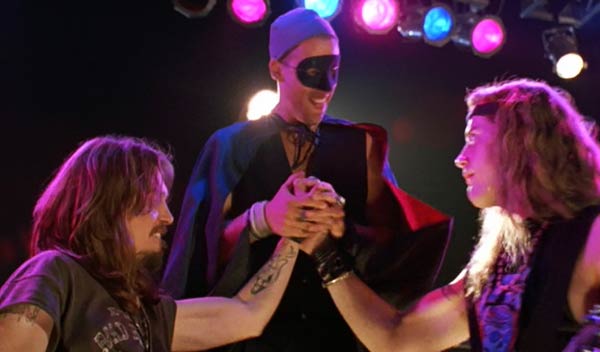 "Years later, it's much easier to appreciate this cast of then-unknowns which would develop into superstars" - Phil Villareal, Arizona Daily Star, August 2, 2002. 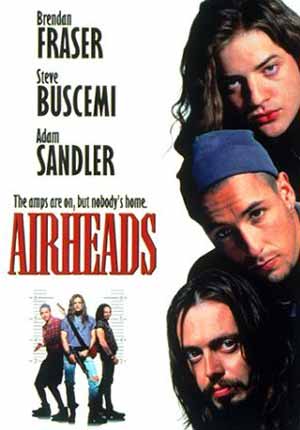