At the point at which I began working on this film the director, Roger Spottiswoode, had departed. I don't know the details, but I gather there was a dark tone to the story he told which didn't sit well with HBO Films and executive producer Aaron Spelling, and he wasn't willing to make the film they wanted. Why should a film which traces the roots of the AIDS crisis be depressing?

I spoke with Roger on the phone once, but we never met. I'd say we were in agreement about the tone of the music - that it should be unadorned with a simple integrity. I dealt mostly with the producers, Midge Sanford and Sarah Pillsbury, who worked very hard to complete a film that would satisfy HBO without messing up the original concept. I don't recall ever getting much in the way of creative notes from anyone. Which was fine with me.

The film is based on Randy Shilts' book, which follows many threads, many people, and many institutions, and their role in the developing health crisis. The film inevitably simplifies a great deal of this - focusing on one "good guy", Dr. Don Francis, and one bad guy, Dr. Robert Gallo. All right, if you count Ronald Reagan, two bad guys. But if you forgive this somewhat melodramatic structure it's still surprisingly successful as a dramatic study of a public health issue.

The music tries to suggest a wheel turning tragically, without beginning or end. This was one of my first efforts at orchestrating and conducting my own compositions, and today it sounds a bit thin and a bit stiff to me, but I still very much like the themes. Right after this recording I decided to study conducting at Julliard so I could at least wave my arms more convincingly. 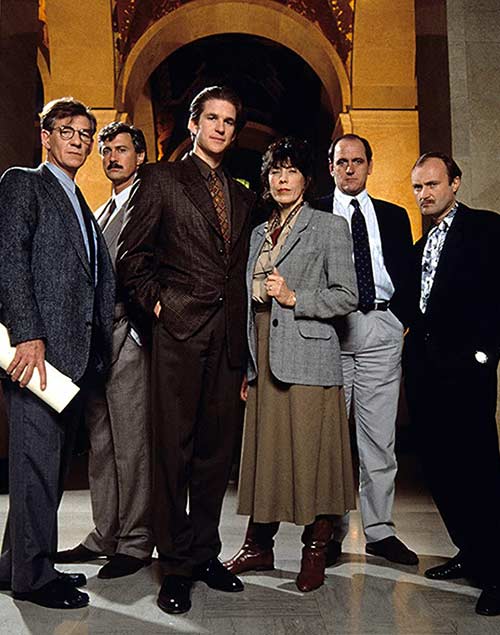 The score to And The Band Played On was released by Varese Sarabande. Here, for demo purposes, are some examples: 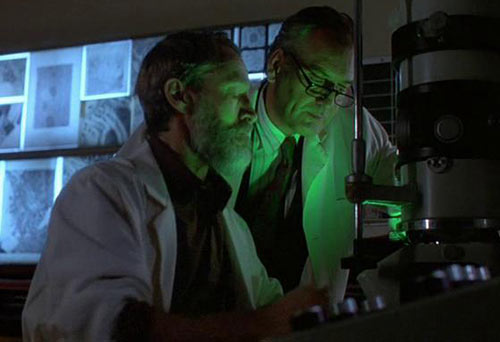 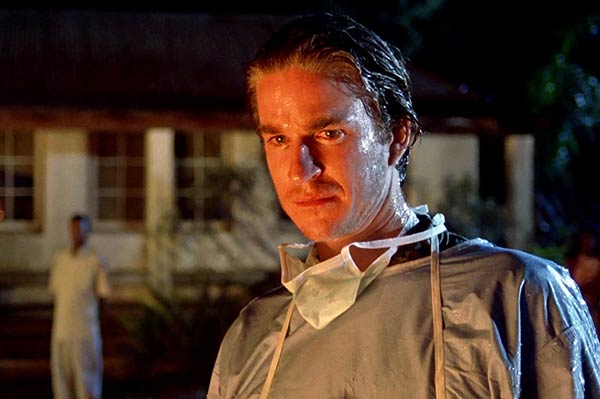 "Paul Elliott’s camerawork is well composed, and Carter Burwell’s low-key score is on target. Victoria Paul’s design is imaginative, Lois Freeman-Fox’s editing is terrif. If there are lapses, director Spottiswoode’s engrossing, powerful work still accomplishes its mission: Shilts’ book, with all its shock, sorrow and anger, has been transferred decisively to the screen.." - Tony Scott, Variety, Aug. 30, 1993.

"Carter Burwell composed a haunting, emotive score for a somber and serious story. The producer couldn't have picked a better composer to highlight the desperation of those who helplessly contracted and died of AIDS as doctors and politicians fumbled with this mystery killer. Using mostly clarinet, violins, cellos, and light percussions, Burwell created a minimalist, dramatic underscore. The music is largely quiet and subdued, wisely complementing an already powerful and confrontational film. There are several notable themes that subtly portray the gamut of potent emotions expressed in this story, including helplessness, fear, pain, and perseverance... Even without the story, it still stands well on its own, as a graceful and subtle adagio." - Helen San, Cinemusic.net. 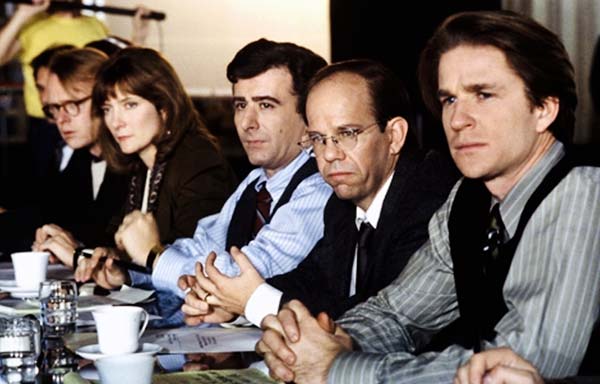